Andalucía is a beautiful region in the south of Spain, home to some of the country’s richest and most famous cultural attributes. The Alhambra, in Granada is one of them. An official UNESCO heritage site, the Alhambra is one of Spain’s top visited sites, drawing over 6000 people every day. It’s a fortress and palace perched on the top of a hill, overlooking the old town of Granada and set against a backdrop of the Sierra Nevada peaks.

This marvelous piece of Islamic architecture was originally built in the 9th century as a walled city but the current structure dates back to the 13th and 14th centuries when it served as a residence for the Moorish monarchs of the Nasrid dynasties. The name Alhambra derives from the Arabic al-qala’a al-hamra (the Red Castle) due to the reddish color of its outer walls. 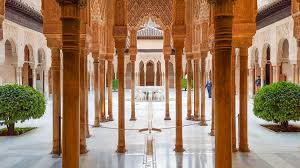 Buy Your Tickets Through Citylife

The Alhambra is Spain’s most visited historical site and getting tickets requires weeks, if not months, of booking in advance. Booking it with Citylife will guarantee you full access to absolutely every single area open to public. We have booked the most comprehensive tickets on the market so you don’t miss on anything at all. Keep in mind that our tickets also include an official tour guide that will come with us inside unravelling all the Alhambra’s mysteries. Sites included are: