Join us for a day of culture and fun in Salamanca & Ávila! Ávila has been a popular destination and World Heritage site since 1985. With its iconic walls still encompassing and protecting the city since its construction in the medieval era. Ávila is a town filled with the most Romanesque and Gothic churches per capita in Spain. During your free time, feel free to explore the cathedral, town walls, Jewish quarter, and much more!

After Ávila, we head to Salamanca. The majestic beauty of Salamanca comes from its extraordinary mixture of Medieval and Renaissance styles. During our locally guided tour, we will see the Plaza Mayor. The city’s architectural gem, which was designed by the same architect who created the Plaza Mayor in Madrid. Additionally, we’ll see its two cathedrals. The famous 13th Century University of Salamanca. And much more in this delightful city. Bursting with excitement and recreation, Salamanca is Castilla’s liveliest city. It’s home to a massive Spanish and international student population. Which fills the streets at night and providing the city with youth and vitality.

On our trip, you will enjoy two beautiful cities in one day! Explore their cultural heritage during the day. And get a taste of the praised nightlife in Salamanca with free entries and reduced prices! 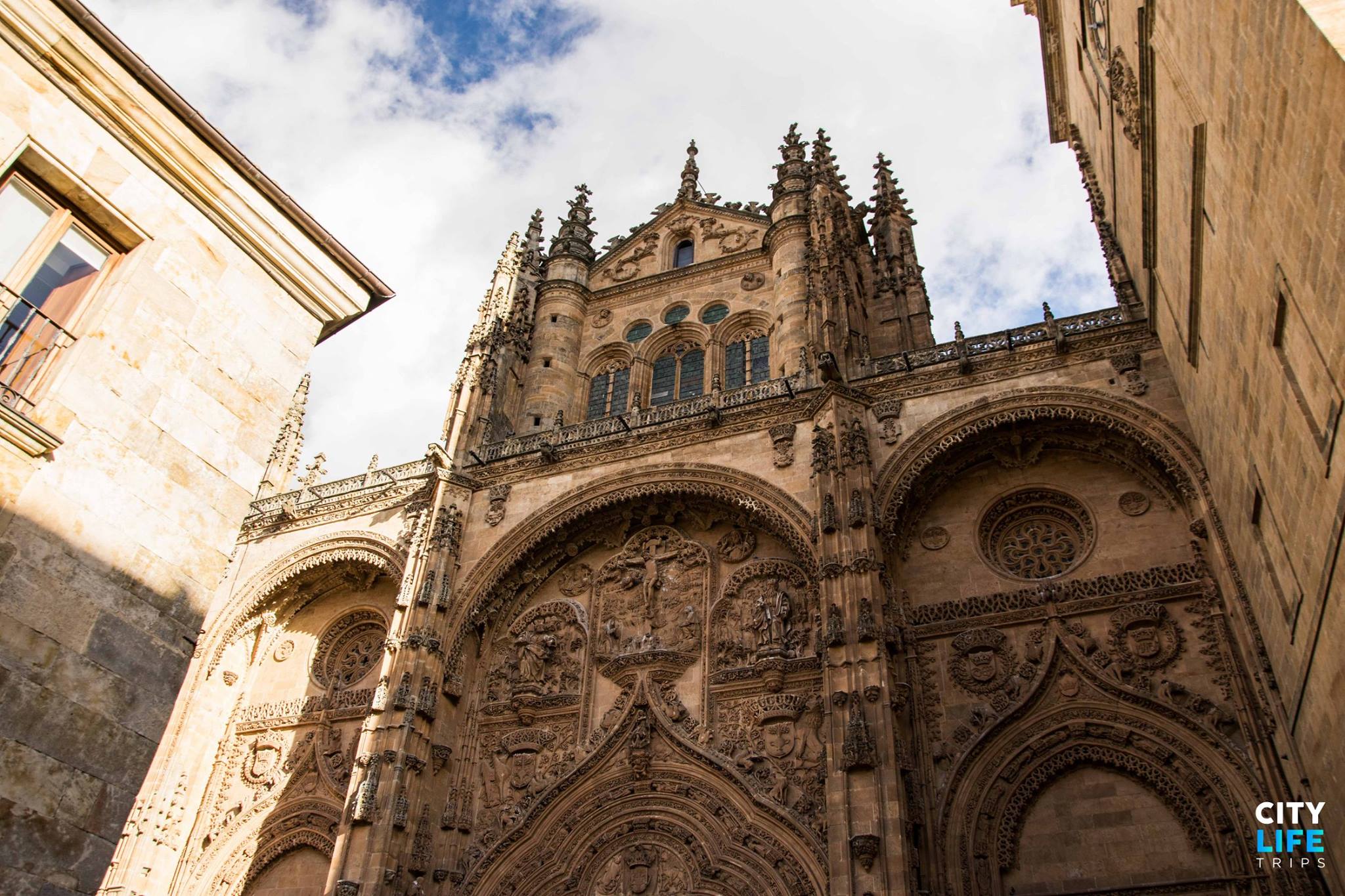 This event is fully booked.