Andalucía preserves the tradition and culture of Spain in the most unique ways. Córdoba, Sevilla, and Granada encompass the majestic history of Spain. For this trip we adjusted the itinerary so you get the most out of it! Check out our Andalucía video to get an idea of what this beautiful trip has to offer! 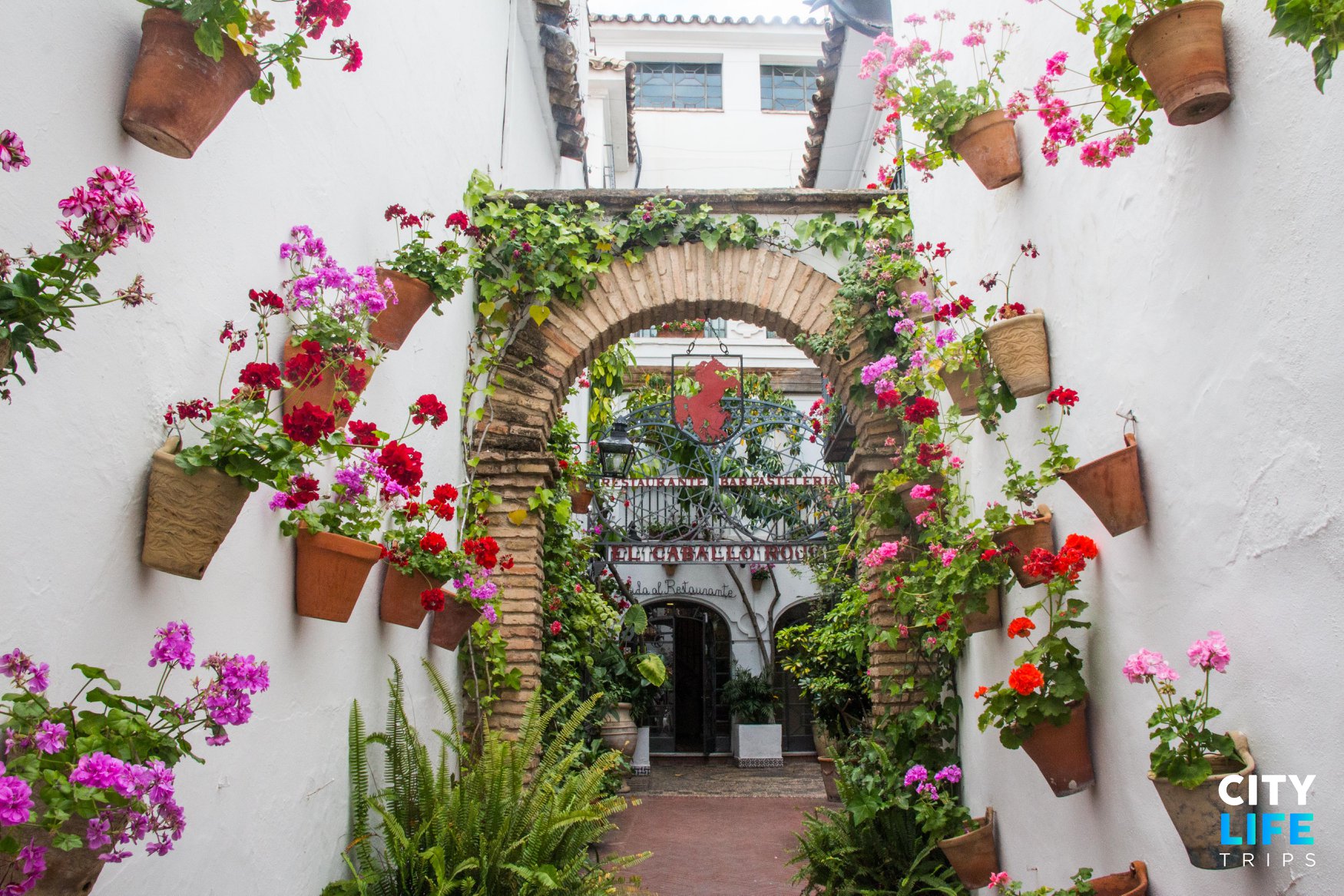 Our first stop on this southern adventure is Granada. Though most visitors flock to Granada for the awe-inspiring Alhambra, and rightfully so. Granada is a hidden gem of Andalucia, which  you can’t miss during your time in Spain. Tickets to the beautiful Alhambra are not included in our standard package, but we have made them easily available for you to book as an add-on, so you won’t have to worry about reserving them elsewhere. The ticket includes entry and a comprehensive official guided tour. Finally, those interested in a Flamenco show will have the chance of joining the optional event. This event will take them to an unforgettable experience in the caves of Sacromonte. But this is not just about the show as we’ll  be also visiting the gypsy quarters of El Albaycin. Including the Mirador de San Nicolás, to see the most astonishing panoramic view of the Alhambra.

Secondly, we’ll head to Sevilla. Legend has it that the Greek god Hercules founded this capital of Andalucía over 3000 years ago. The local guided tour will take us through the Plaza de España (which was used in the filming of Star Wars). As well as Torre del Oro and Parque de María Luisa. finally the tour will end at the Cathedral that holds the tomb of Christopher Columbus. Make sure you take time to go inside during your free time! Furthermore, make sure you save your energy for our night out along Calle Betis! There, we will have deals with local bars and the liveliest club in all of Sevilla!

Finally, we’ll visit charming Córdoba. Known for the breathtaking architectural wonder that is the Mezquita of Córdoba. Which intertwines the beauties of both Islamic culture with Catholicism. Here, we will enjoy free time to see the Jewish quarter. Casa Sefarad, the Mezquita, and the Roman bridge, which was featured on “Game of Thrones.”

Tickets to the Alhambra are available for purchase with Citylife! The Alhambra is Spain’s most visited historical site and getting tickets requires weeks, if not months, of booking in advance. Booking it with Citylife will guarantee you full access to absolutely every single area open to public. We have booked the most comprehensive tickets on the market so you don’t miss on anything at all. Keep in mind that our tickets also include an official tour guide that will come with us inside unravelling all the Alhambra’s mysteries.

Andalucia is a located within Spain, and therefore specific visas are not required to travel there. That being said, we ask that all travellers keep the following in mind:

SPECIAL PRICE FOR CITY CARD HOLDERS: Log in here to save money when buying your ticket(s) online or reserve your spot(s) presenting your personal City Card at the Citylife Madrid office