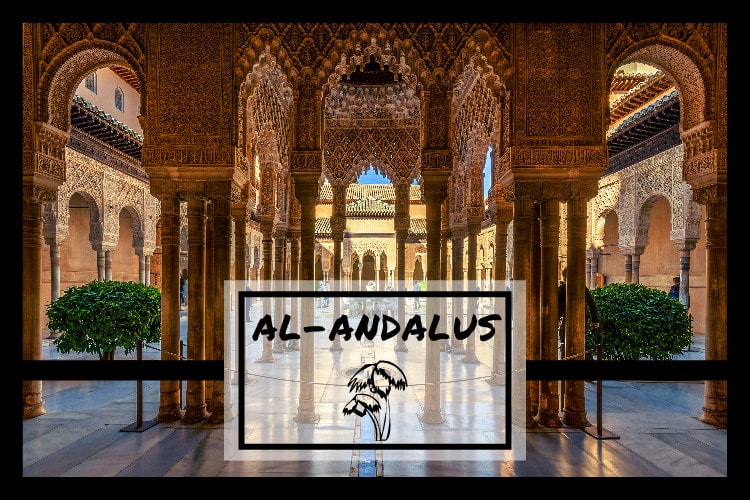 A lot of people don’t realize it, but Spain was once a frontier where the powerful and rich Moorish people conquered. After defeating the Romans and taking their cities, the Arabs built an entire Empire commonly known as Al-Andalus, which ruled over the land for nearly 800 years. The story of Islamic Spain is long, convoluted and fascinating. Not only are the historical feats the Empire accomplished, numerous. But, their completely different culture and political system makes the history of Al-andalus especially complex to follow! Back in 700AD, the Moorish Empire once stretched across Iberia and across the borders into modern day France. However, the constant conflict between the Catholic Empire during the Reconquista meant that borders changed constantly. Today the most notable region of Al-Andalus lies in the south of Spain, in the province of Andalucía.

When reading about the famous Moorish Empire of Al-Andalus, it’s impossible to skip over the Umayyad family, and their massive Caliphate of Córdoba. The capital of the Caliphate was called Córdoba and historians estimate the capital city had between 500 thousand and 1 million inhabitants. Around 1000AD Córdoba was one of, if not the most advanced cities in known world. It functioned as a epicentre for education, economics, trade, language, arts, religion and culture. Essentially, it was the centre of knowledge in Europe at the time. After many civil wars and conflicts, the Caliphate was broken into several different Caliphates and eventually, the Catholics re-took the city a few hundred years later. Córdoba fell into decline after the reconquest and would never reach such heights again. Today, Córdoba is the world’s largest urban area ever to be declared a World Heritage Site under UNESCO. Visitors can marvel at the Great Mosque, the Synagog, the Alcazar and the many medieval neighbourhoods.

By the time the Umayyad dynasty established their Caliphate of Córdoba in the 8th century, Málaga had already been home to several great civilizations. But it wasn’t until it became an independent Taifa that it grew into a bustling hub of trade, commerce and culture. The city was famous for its beauty, its wealth and its quality of life. It’s often referenced as a destination of the famous traveller, Ibn Battuta. The Moorish city fell to the Catholic kings in 1487 after a siege that left any inhabitants who had not died already, starving and weak. Once they were forced to surrender, the Moorish people of Málaga were sold into slavery and distributed throughout the newly “reconquered” Spain. Today, visitors can check out the UNESCO declared Alcazaba, the old city walls and the remains of the old castle. 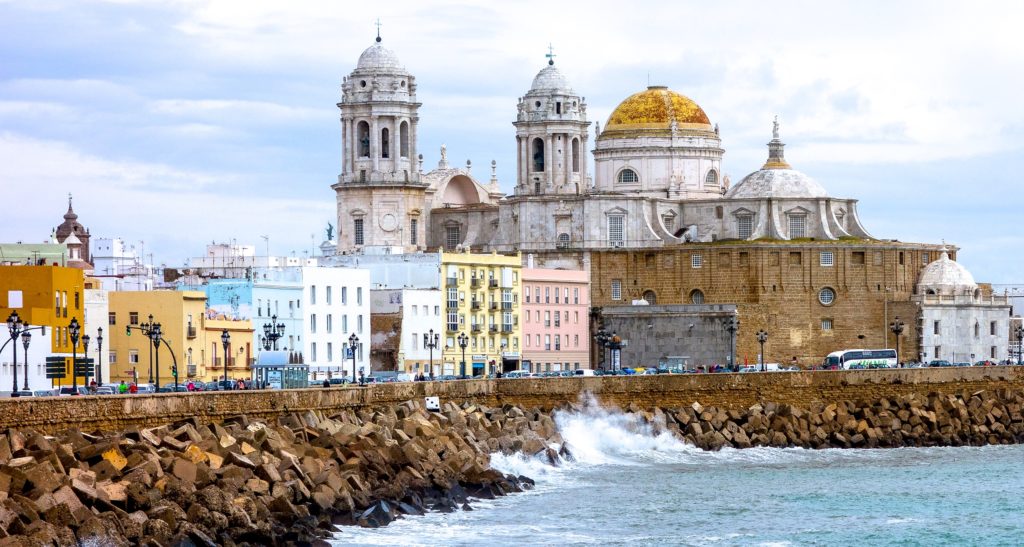 Cádiz is known as the oldest city in all of Spain to be inhabited by people on a continual basis. Evidence of life as early as 1.100BC. Of course, the Arabs didn’t arrive until the conquest in 711AD, when they named the city Qādis, after a mythological Idol, which manipulated the wind and the sea to make sailing extremely difficult. The legend goes, that a massive slab of bronze rock on the outskirts of Cádiz contained magic, which used winds to block sailers from the Strait of Gibraltar. It wasn’t until the arrival of Abd-al-Mumin – who knocked the sanam Qādis “idol” down – that the winds subsided, and passage was granted. Due to the aggressive re-taking by the Catholics, hardly any evidence of the Moorish city of Qādis can be seen today. However, much of the Old City’s architecture and infrastructure come directly from the old Arab structures that once stood there.

Known to english speakers as Seville, the Andalusian city of Sevilla is the largest city in the province of Andalusia. Seville was one of the major capitals of the Moorish Empire through the 8th-10th centuries. It was rich in trade, knowledge and the arts and the people profited greatly from such a liberated community. Eventually, the Catholic rulers of Castille made a deal with city to form an Emerate of Sevilla. The region was forced to pay taxes to the Catholic king in order to keep its “independence”. It was either this, or risk being attacked. The Arab king al-Mu’tamid decided Sevilla would no longer pay for such a farce and the city was besieged by Castille. Though the Moors fought hard to keep their city, Sevilla fell to the Catholics in 1091. Some of the most famous Arabic UNESCO sites can be found here, like the Royal Alcazar (which was used for filming Game of Thrones), the Mosque turned Cathedral and the Golden Watchtower!

The Andalusian port city of Almería is home to the second largest Moorish fortress in Spain, after the Alhambra in Granada. They city was founded by the Romans, but taken by the Arabs in the 700s conquest of Spain. It was under the mighty Caliphate of Córdoba that Almería reached its “golden age” in history. It embraced the arts and grew wealthy from a prominent silk trade which allowed the city to grow strong and valuable to the rest of the Empire. Despite fending off attacks from other kingdoms for nearly 300 years, Almería surrendered to Isabel of Castile in 1489. Today, visitors can walk through the courtyards of the famous Alcazaba of Almería, The old Moorish mosque which was converted into the Almería Cathedral in 1524 and the Museum of Almería!

The Arab city of Marbal-la was one of the most sought after cities in the Moorish Empire. Marbella was, and still is a very fertile city. With orchards of mulberry trees and figs surrounding the city walls and within the city itself. These crops brought in trade that made the city extremely wealthy and therefore very desirable to other rulers. Because of these opposing threats to the city, the leaders of Marbella constructed an impressive string of lighthouses with defence systems to protect the coastline. When Marbella fell to Isabel II there was no epic battle, or any bloodshed at all. The Moors surrendered the city to the Catholics peacefully so the city would remain strong. There are many signs of the old Arab city of Marbal-la that survived until today. Like the Alcazaba, the Citadel and the strong walls which surround the Old Town.

Granada was the last vestige of the Muslim Empire during the massive and sweeping Catholic reconquest of Iberia in 1492. There are heroing tales of the epic battles that took place here among the dramatic mountain cliffs and the mighty fortress of Alhambra between the Arabs and the Catholics. In its prime, Granada was a part of many political dynasties including the independent, Taifa of Granada under the Zirid dynasty, the Almoravids and the Almohad dynasties and eventually the Emirate of Granada under the Nasrid dynasty. The city is home to some of the most impressive historical significance in the whole country – like the Alhambra fortress/palace/citadel, the Grand Cathedral, the Royal Chapel and several neighbourhoods – which have placed it high on the UNESCO list of World Heritage Sites.

If this article has peaked your interest about the amazing region of Andalusia in the south of Spain, head over to Citylife’s trip calendar! We visit this beautiful province a few times a year and we would love for you to join us!