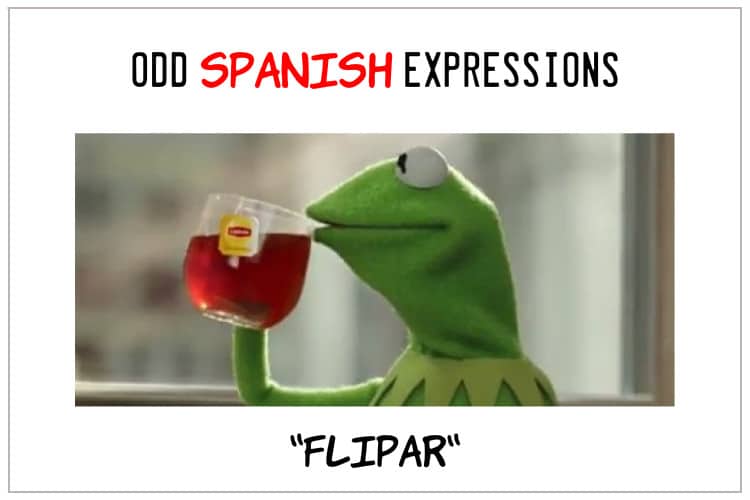 So let’s say you have a really crazy/juicy story or piece of gossip to tell your friends that you know is going to blow their minds. In this case, you might want to begin by using the popular expression, “Vas a flipar” which literally translates to “you’re going to flip” in English. Of course, if you’re talking about some crazy concert you saw last week you could also say something like “Flipé en el concierto de Beyoncé.” If you happen to hear some super exciting news you can substitute the same overused responses such as “Qué interesante” or “Qué locura” for “!Qué flipe!” It’s also important to know that the expression “estar flipado” exists but has a connotation similar to “flip out” in English. For instance, “estás flipando si piensas que saldré con el…” is like saying you’re crazy if you think I’d go out with him. Or, as we often say in NJ, “you trippin.”

Considering it translates pretty directly to English and can be used to convey typical emotions such as excitement and surprise, you should have no problem understanding or using the many variations of “flipar” in conversation with peers!