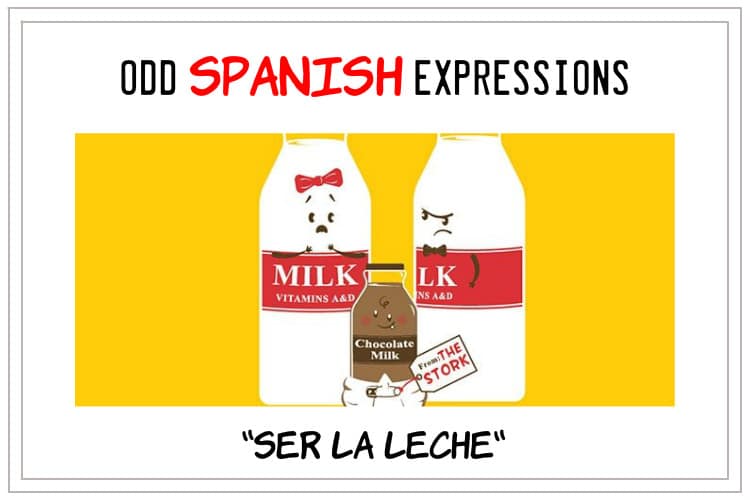 It seems like the Spaniards feel pretty passionate about their milk. There is already a way to swear in spanish that involves taking a shit in some milk, but in this expression, milk can be a positive thing! To say that something es la leche could mean two different things: either it’s really good or really bad. That may seem confusing at first, but there are actually similar expressions in English. For example, when you say something is “sick” or “gnarly”, you are either saying it’s awesome or just plain disgusting. So in the end, it really just depends on your tone of voice or the subject you’re talking about.

Que tal el concierto?…Fue la leche, tio. (How was the concert?… It was awesome, dude)