There are many Spanish traditions that come along with Easter. Throughout Semana Santa, locals relish with religious festivities, traditions, and family gatherings. But let’s not forget one of the most important aspects of celebration – Food! After a seemingly endless season of Lent, the Spanish make sure to feast and take advantage of all the cuisine traditionally prepared for Semana Santa. Check out some of the most popular Easter food in Spain below!

La Mona de Pascua is the customary cake prepared for Semana Santa, especially in the regions of Catalonia and Valencia. Many consider this colorful cake to be a delicious end to Lent, as well as a symbol of spring, welcoming the sunny weather that comes ahead. La Mona de Pascua cakes were originally made up of marzipan and topped with boiled eggs, since many dedicated Catholics would give up meat or eggs during Lent. It is a traditional practice for godparents to give this cake to their godchildren (the word ‘Mona’ is a Moroccan term meaning ‘gift’). The number of boiled eggs atop of the cake depends on the age of the godchild. Today, La Mona de Pascua is more modern, served with less boiled eggs and more chocolate and other sweets. Many bakeries in Catalonia produce thousands of these cakes every year during Semana Santa.

This delicious dessert is a traditional favorite during Semana Santa. Very similar to what others may know as ‘French Toast’, torrijas are a specialty Easter food in Spain, enjoyed all over the country during this time of year. Particularly throughout the week before Easter. What makes a torrija different from its French cousin is the variety of ways it can be prepared. Instead of soaking the bread in milk, a Spanish torrija can also be soaked in wine! From now on, let’s refer to regular french toast as the ‘Virgin Torrija’.

Not all pies have to be sweet. In Spain, especially in the provinces of Salamanca and Ávila, locals indulge in a meat pie filled with eggs, pork loin and chorizo sausage. Hornazo is traditionally eaten on Easter Monday at a festival called ‘Lunes de Aguas’ (‘Monday of the Waters’). Some consider hornazo as the Spanish Easter bread, since it basically looks like a giant stuffed sandwich. It is also common to decorate the outside of the pie with nuts, grapes, or styled dough. If you’re craving something sweeter than a meat pie, there is a non-savory version of hornazo made with sugar, almonds, aniseed and eggs.

This filling soup hits just the spot when your sweet tooth needs to take a break. Mostly made up of garlic, pepper, and chicken broth, sopa de ajo is a common dish you’ll find at family gatherings during Semana Santa. For texture, people will add pieces of bread to the soup, as well as a hard-boiled egg right in the center (or a fried egg if you’re really lookin’ for a good time).

Here is an easy dessert to make that you may find yourself preparing all year! Bueñelos are not just an Easter food in Spain, but a delicacy eaten in many parts of the world! with each country adapting its own special version. They are basically fried dough balls, and in Spain we are cover them with sugar and cinnamon. Made with simple ingredients like water, milk, egg or yeast, bueñelos are a quick treat enjoyed by many locals during Semana Santa. Before you know it, you’ll be making your own bueñelos at home!

These pastries are particularly special if you’re spending Semana Santa in Spain’s capital. Native to the marvelous city of Madrid, the bartolillo madrileño is a fried empanada filled with creamy custard. The dough is usually cut into triangular shapes before frying. After filling them with custard, the bartolillos are topped with powdered sugar to make them look extra scrumptious. There’s no doubt the bartolillo will be easy to find at your local bakery this Semana Santa!

If you’re not quite in the mood for some soup, eat some stew! This exceptional stew if traditionally served on Good Friday, right before Easter Sunday. Ingredients include chickpeas, spinach, garlic, onion, pepper, and a hard-boiled egg. Spaniards sure like their boiled eggs, huh? This dish is known to be super simple to prepare, and yet stands as one of Spain’s most popular Semana Santa dishes. No excuses now!

Also known as Flores de Semana Santa,these little treats are both tasty and eye-catching. Literally called ‘fried flowers’, you are sure to find flores fritas everywhere throughout Spain as we approach Semana Santa. They are delicate with a sweet and crunchy texture. These cookies can be easy to make at home if you have the right cookie cutter, but in many bakeries they are molded by hand. Some come out looking so meticulous that you’ll want to admire them a little longer! You will definitely be capturing pictures of these insta-worthy cookies before digging in. 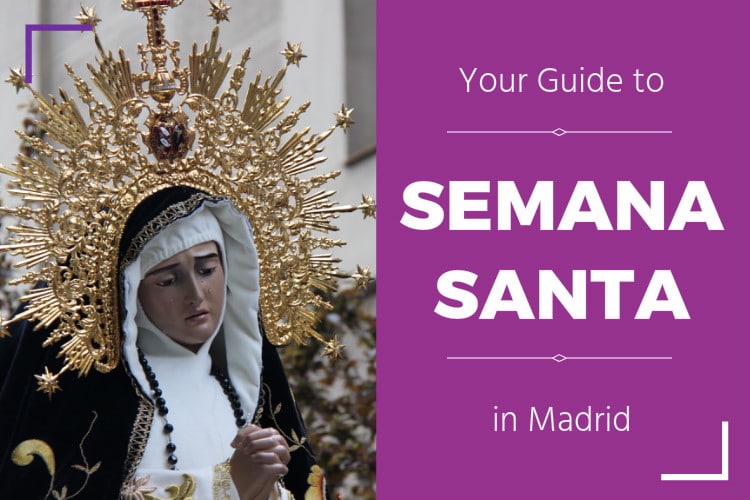 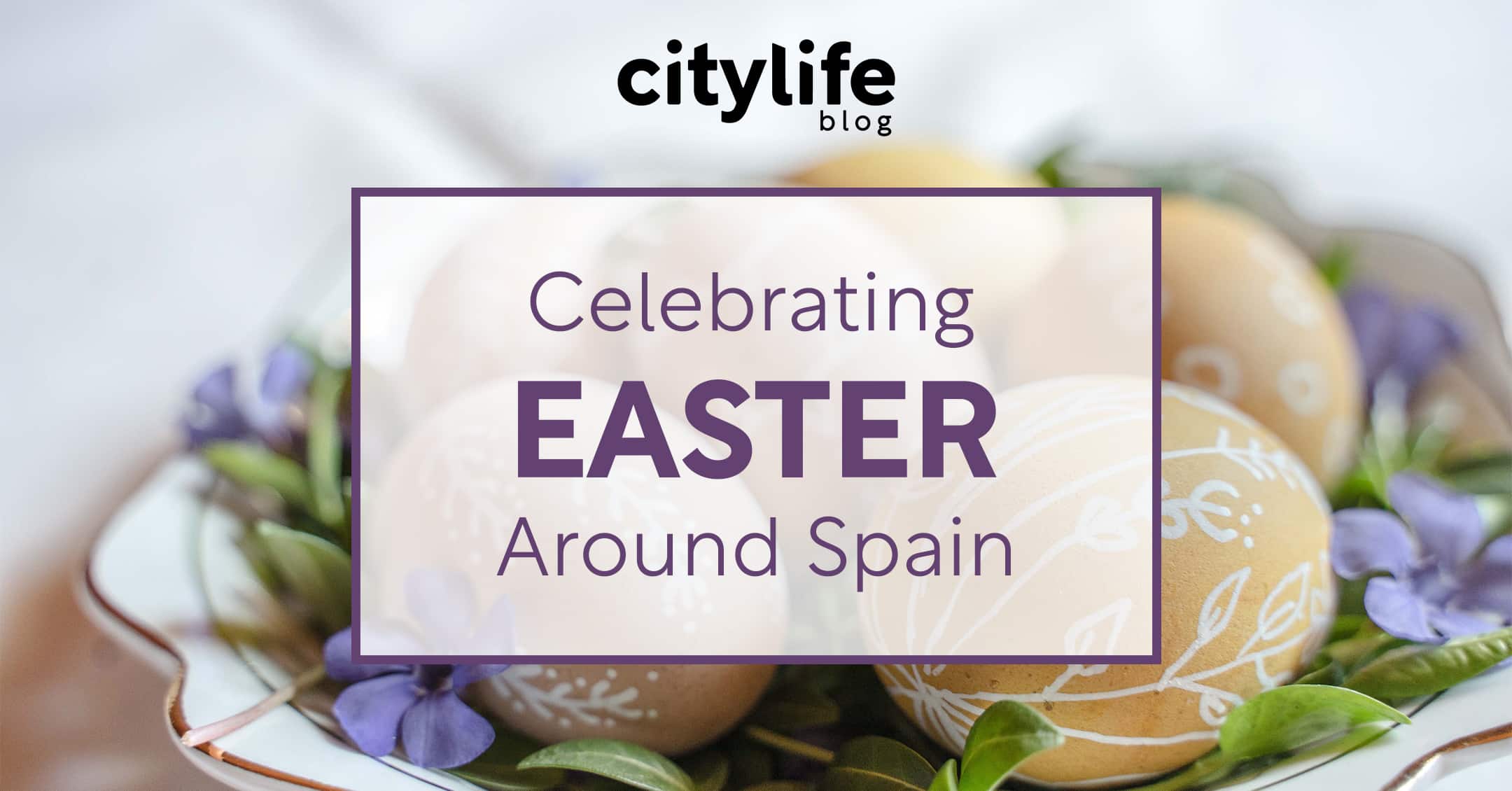 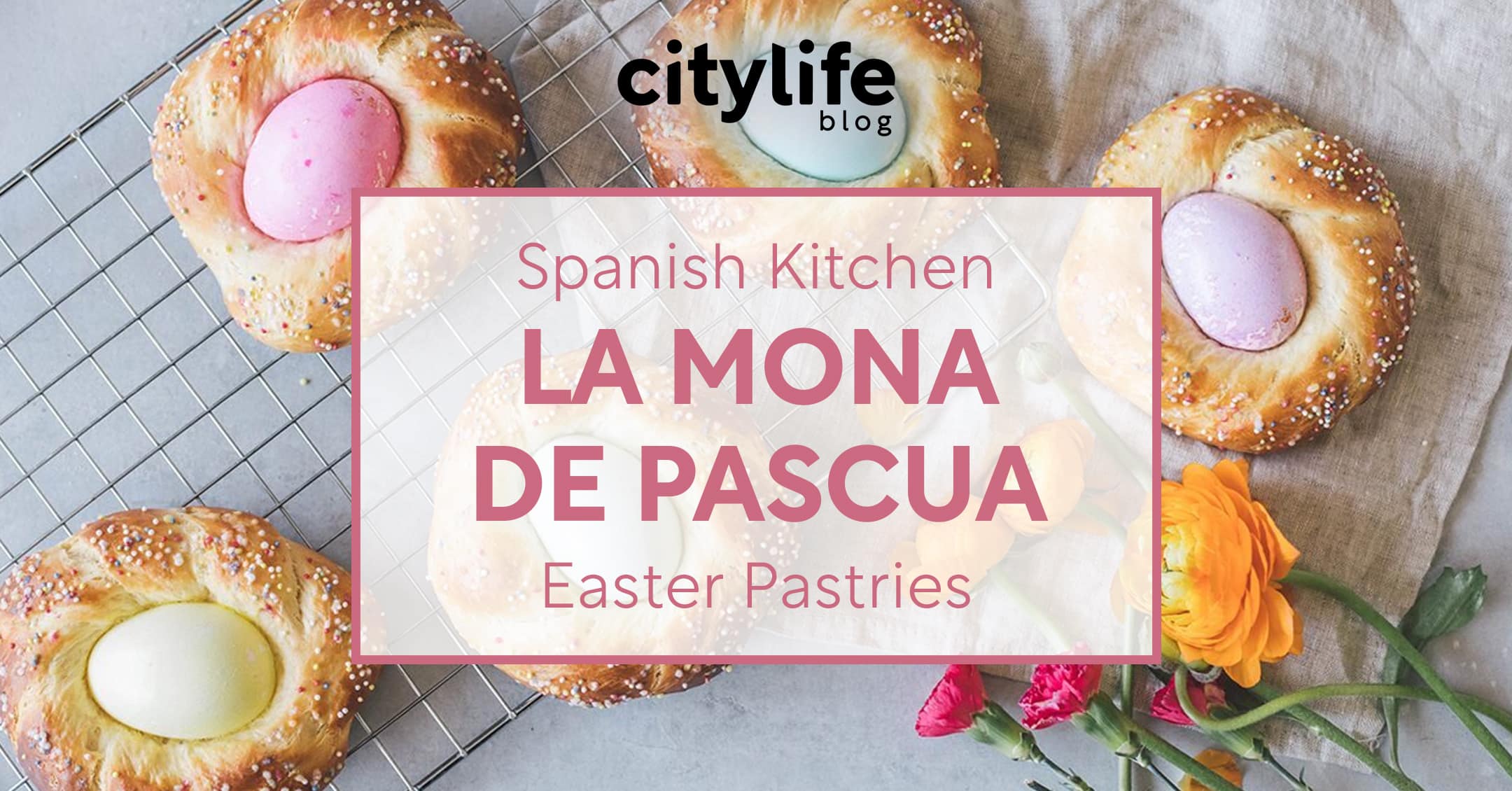 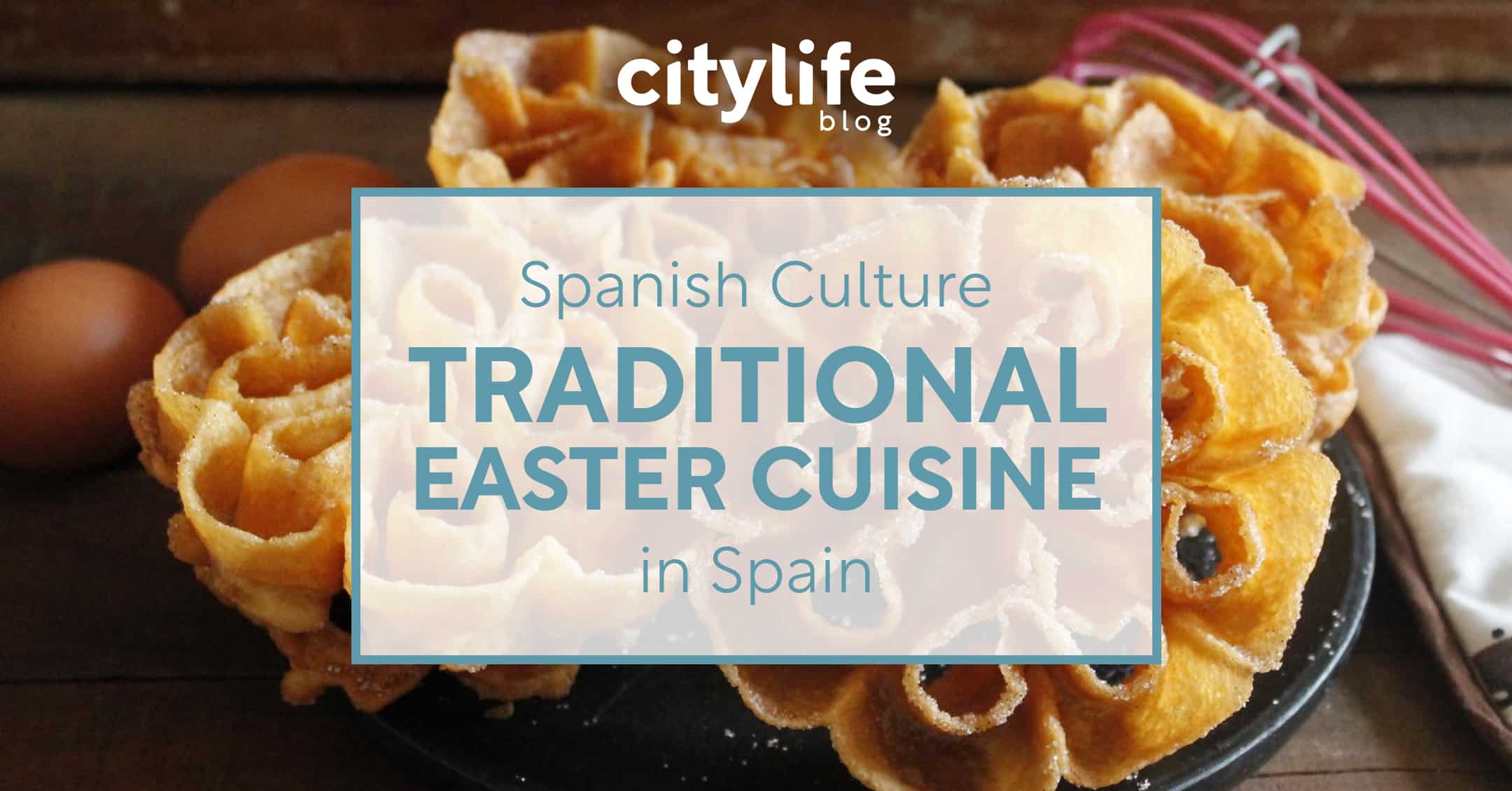