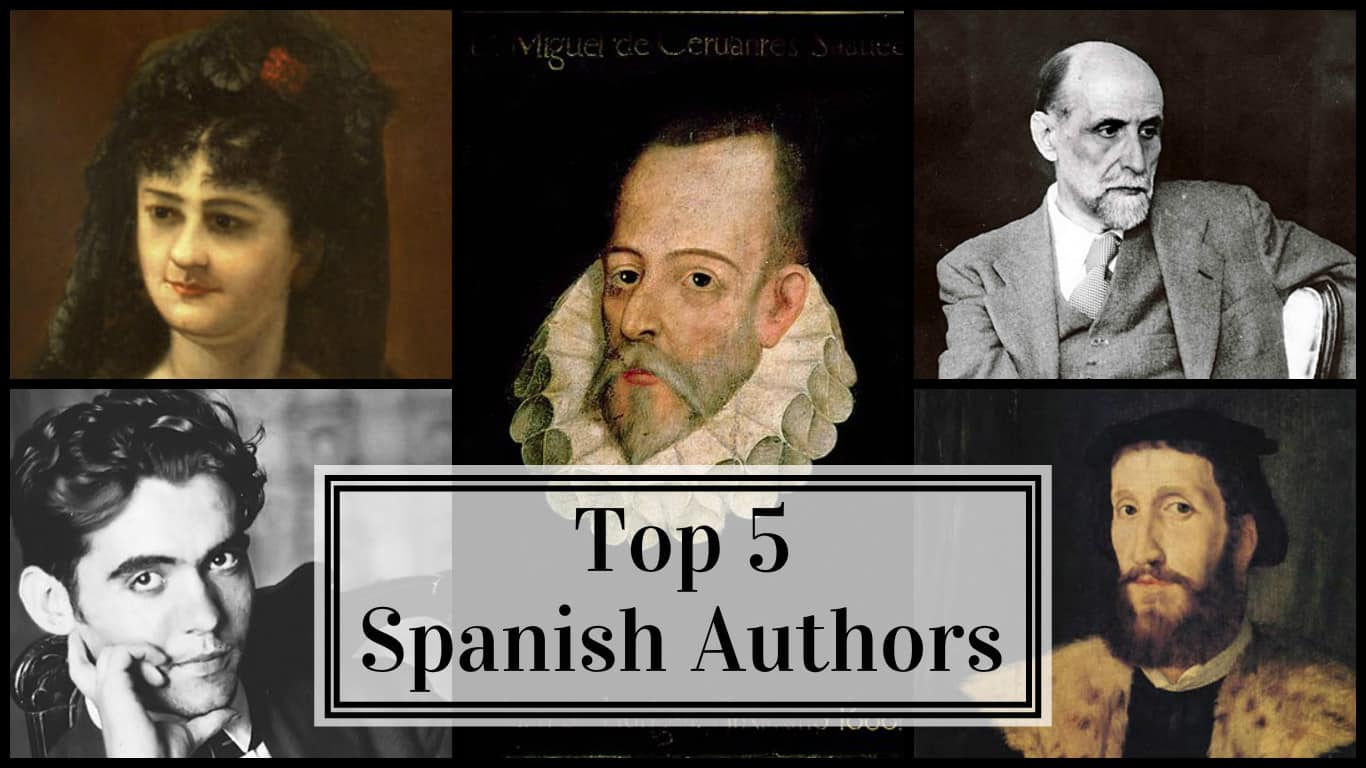 Without a doubt, Spain’s rich history and the constant struggle for power are told beautifully through the eyes of its most talented authors. Literature has played a vital role in capturing its struggles, since hundreds of years before the infamous Civil War, to contemporary times. A great way to immerse yourself in the language and fully understand the struggles, victories, and themes of the Spanish culture throughout history is to experience it through the eyes of its beloved literary geniuses. 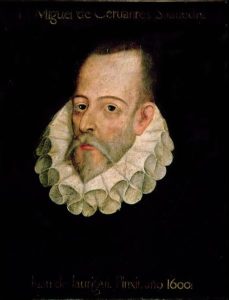 Surely if you’ve been to Alcalá de Henares, or simply have taken a Spanish literature class, you’ve probably heard of Miguel de Cervantes. Arguably Spain’s most loved and celebrated author, he was born in Alcalá, just outside Madrid, in 1547. Little is known about Cervantes’ youth and education; however after becoming interested in writing he fled to Rome for inspiration and to start a better life as an author. Instead, he joined the Spanish army in Naples and fought with courage in the 1571 Battle of Lepanto. After being wounded and trying to return home to Spain, he was captured near Algiers by Turkish ships and spent 5 years as a prisoner. In 1580 he finally returned to Spain with some ideas of literary characters that would come to life in his first play, Los Tratos de Argel, as well as his most famous work Don Quixote, an adventure novel about an old man who gets lost in a fantasy world while seeking adventure. Cervantes published the first part in 1605, and the second part came out in 1615, not long before his death in 1616. To this day it is considered a timeless masterpiece, is now taught in elementary through college classes worldwide, and has been translated into more than 60 different languages. Like many other renowned authors, Cervantes did not receive immediate success with his first novel La Galatea, nor did he ever become super wealthy. His other works include Los trabajos de Persiles y Segismunda, 12 Novelas Ejemplares, and Ocho Comedias y Ocho Entremeses, in which he says goodbye to his fans in anticipation of his own death (if that doesn’t give you chills I’m not sure what does!) 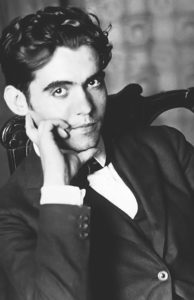 Born in 1898 in Granada, Lorca is one of Spain’s most acknowledged poets/playwrights. During his lifetime, he had the opportunity to work with renowned artist Salvador Dali, who he met while attending the Residencia de Estudiantes in Madrid in 1919. In 1927, Dali would go on to design the Barcelona scene of Lorca’s play, known as Mariana Pineda. Flamenco and gypsy culture as well as deep-song forms and surrealism are the main themes that permeate his work. Even in a time of growing tensions in the nation as the Guerra Civil was approaching, Lorca was not afraid to express controversial ideas in his poems and plays. His poetry collections are titled Canciones (1927) and Romancero Gitano (1928); the latter brought him the most success as it vividly discussed sexual themes, a topic others thought was not socially correct to discuss so openly in a literary context. In the 1930’s he published 3 tragic plays: Bodas de Sangre, Yerma, and La Casa de Bernarda Alba, which became main productions of the traveling Spanish theater company known as La Barraca. Unfortunately, Lorca lost his life during the Spanish Civil War, when he was brutally murdered by Franco’s supporters and his remaining work burned in Plaza del Carmen, located in Granada. 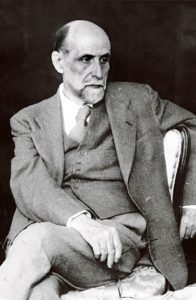 Another favorite Spanish author to come out of the 20th century (a pivotal time for the country), Jimenez was born in Andalucía in 1881. He began to study law at the University of Sevilla, but became influenced by poet Rubén Dario, founder of the literary movement known as modernism (you may recognize the line 5 metro stop named after him!), and moved to Madrid. With the depression he experienced as a result of his father’s death in 1900, he sought help in France before moving back to Madrid to start some of his early work, composed of poems alluding to sexual desires thought to be inspired by his feelings towards the nuns in an asylum he attended there. After the Spanish Civil War broke out, the poet and his wife fled to Puerto Rico. Jimenez worked as a Spanish professor at various universities such as the University of Puerto Rico, where he influenced Puerto Rican writers, and he also taught at the University of Miami and the University of Maryland for some time. Sadly, he spent most of his life entering in and out of deep depression and suffered loss and hardship more than most. In 1956, he received the Nobel Prize in Literature, and just two days after, his wife Zenobia Camprubí died of cancer. His best known works mainly discuss music and color in dark tones, and are titled Animales de fondo, Sonetos espirituales, Voces de mi copla and  Poesía, en verso. Some fun facts about Jimenez are that he has a street named after him in Madrid, as well as a Spanish band who call themselves “Platero y Tu” after his novel titled Platero y yo, who’s subject was the bond between an author and his donkey. What’s more, Ray Bradbury’s novel Fahrenheit 451 features one of Jimenez’s most powerful quotes in an epigraph, which reads (in English): “If they give you ruled paper, write the other way.” 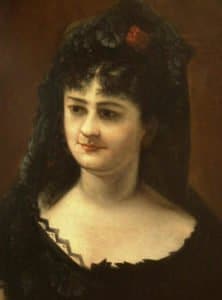 One of the most remarkable novelists of the 19th century, Bazán is seen as the pioneer of feminist literature during this time. Born in La Coruña, Galicia (now a museum dedicated to her life!), she was taught in Madrid, and now has a school named after her, known as the Colegio Público Emília Pardo Bazán. In her travels throughout Europe over the course of her lifetime, she became interested in philosophy and, specifically, naturalism, which she incorporated in the majority of her work, such as Los Pazos de Ulloa, followed by its sequel La madre naturaleza. In 1876 she won a prize for the best literary piece, offered by the city of Oviedo, in which the topic was the life of Enlightenment thinker and monk Benito Jerónimo Feijoo. Her success reached its peak in 1889 with the publication of Insolación and Morriña, in which she ignited a movement of naturalism in Spain. What’s interesting about her work is the various influences she incorporates from her lifetime, including her home in Galicia and her role as a woman in society. One of her most successful feminine pieces is known as Biblioteca de la Mujer, which contains a collection of edited works as well as 2 cook books.  Although she was denied the title as the first female member of Real Academia Española, she did become the first woman to receive a chair at a Spanish University, specifically Contemporary Literature and Romance Languages at the Universidad Central in Madrid in 1916. Not only was she a talented, influential, and worldly writer but a role model for women in a time where, much more so than today, they were thought to be inferior to men. If you’re into feminist literature, check out some of her essays, novels, and collections at your local library! 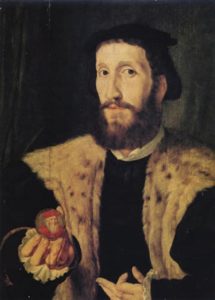 Interestingly, the author of this famous tale (and creator of the genre of the picturesque novel), whose full, original title read La vida de Lazarillo de Tormes y de sus fortunas y adversidades, remains anonymous even today, despite some debates and speculations. Picturesque refers to the idea of questioning levels of authority in society, in which main character Lazarillo (a nickname for the biblical name Lazarus) takes on the role of the picaro, a poor young boy whose adventures lead him down a path where his society manipulates him, and his character is seen as a reflection of this flawed social system. Born near Salamanca, in a river called Tormes (which is where he got his name!), 7 year old Lazarillo ventures on a quest for food, which comes from serving a variety of masters, include a blind man, a priest, a nobleman, and more. Lazaro recounts his story, addressing it to Vuestra Merced, meaning Your Honor. At this point he has worked for his masters, been tricked by them, and is a town crier in Toledo. What’s distinct about the tale is that the only characters who are given actual names are Lazarillo and his parents, who he only talks about for a very brief time before jumping into the story. Essentially, reading and understanding Lazarillo de Tormes will allow you a lense into Spain’s past, where the unknown author bravely criticizes the main institutions of the time period, such as aristocracy, the Catholic Church, and more. And you know it’s a good read considering Cervantes makes a famous allusion to Lazarillo de Tormes in Part 1 of Don Quixote.