Say what? Prohibition? Didn’t that happen in the United States? Well, yes it did. But there was once a time where Spain was under the very dark and very strict dictatorship of Francisco Franco. From the 1930’s to the 1970’s, under the extreme intent to preserve the traditional structure of family and religious values, Franco and his followers brought Spain to a very less free and less accepting country that we all know and love today. Much like the famous American Prohibition in the 1920’s, Franco’s Spain was put under heavy watch. Many nationalist laws were put in place to control and restrict  the “voice” of the people. Some of these rules included a restriction on drinking, drugs and late night merry making in general.

After Franco’s death, the Spanish people (specifically in Madrid) rose up and took the city into their own hands to create a new Spanish identity that is now known as La Movida Madrileña! Singers, bands, directors, actors and artists from all around the city joined together to created one of Spain’s craziest and most powerful movements it’s ever seen. Sex, Drugs, and Rock&Roll was alive in Madrid during the late 70’s and early 80’s. The city literally burst – releasing all of its pent up need for freedom. 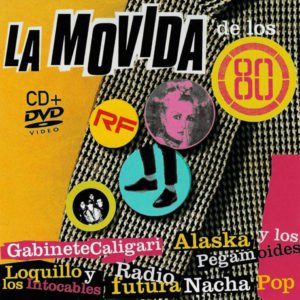 It is because of this incredible effort of the people of Spain that Madrid has one of the best nightlife cultures in the country and you can still find evidence of the Madrid Movement today. There have been many movies made about La Movida Madrileña, most famously Pedro Almodóvar’s films: Pepi, Luci, Bom y otras chicas del montón (1980), Laberinto de pasiones (1982) and What have I done to deserve this?!. Also, if you take a trip through Madrid’s popular nightlife scene of Malasaña you will notice a destinctive Alternative vibe from the bars, restaurants and the people who often hang out there. This is because Malasaña was one of the primary locations where many of the these underground revolutionary events took place. Cool right?

Get to know Madrid both by day and by night by checking out Citylife Madrid’s many events throughout the city – even Malasaña! Keep up to date by regularly checking out our events page.