The Best Beaches in Portugal 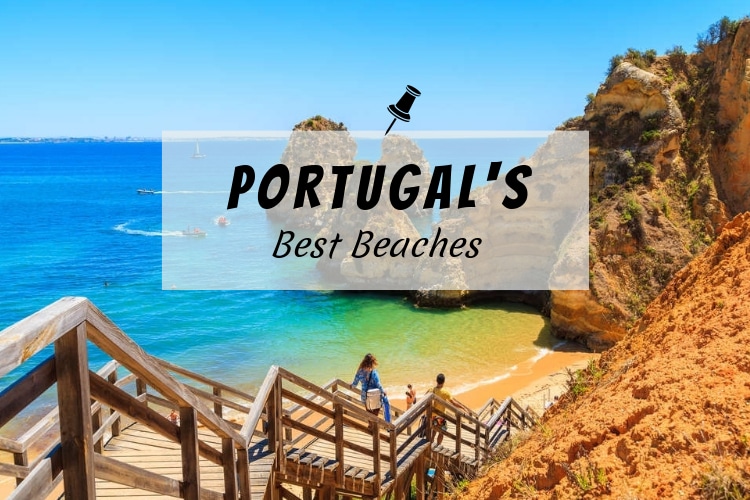 The country famous for its delicious cuisine, and charming cities, also boasts a coastline full of stunning beaches.  From golden sand, to red sea side cliffs, Portugal is a favorite. Though most of the well-known beaches are in the southern Algarve region of Portugal, the northern and central regions also have beautiful beaches that are worth a visit.  If you are planning your next beach vacation keep reading, as we have compiled a list of the best beaches in Portugal! 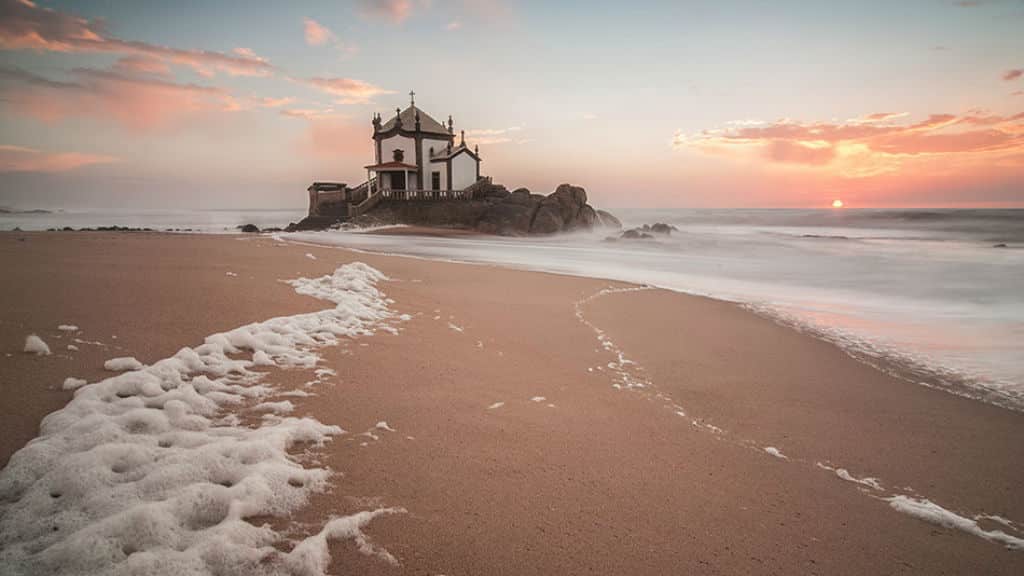 Most of Portugal’s iconic beaches are in the Southern region of Algarve, yet the northern part of the country plays host to a handful of beautiful beaches as well!  Praia da Miramar is located on the Atlantic Coast, close to the charming city of Porto. The wide sandy beach is quite picturesque, and has a 17th-century chapel in the center.  Since it is lesser known than most of the beaches in the South, Praia da Miramar benefits from its smaller crowds throughout the year. 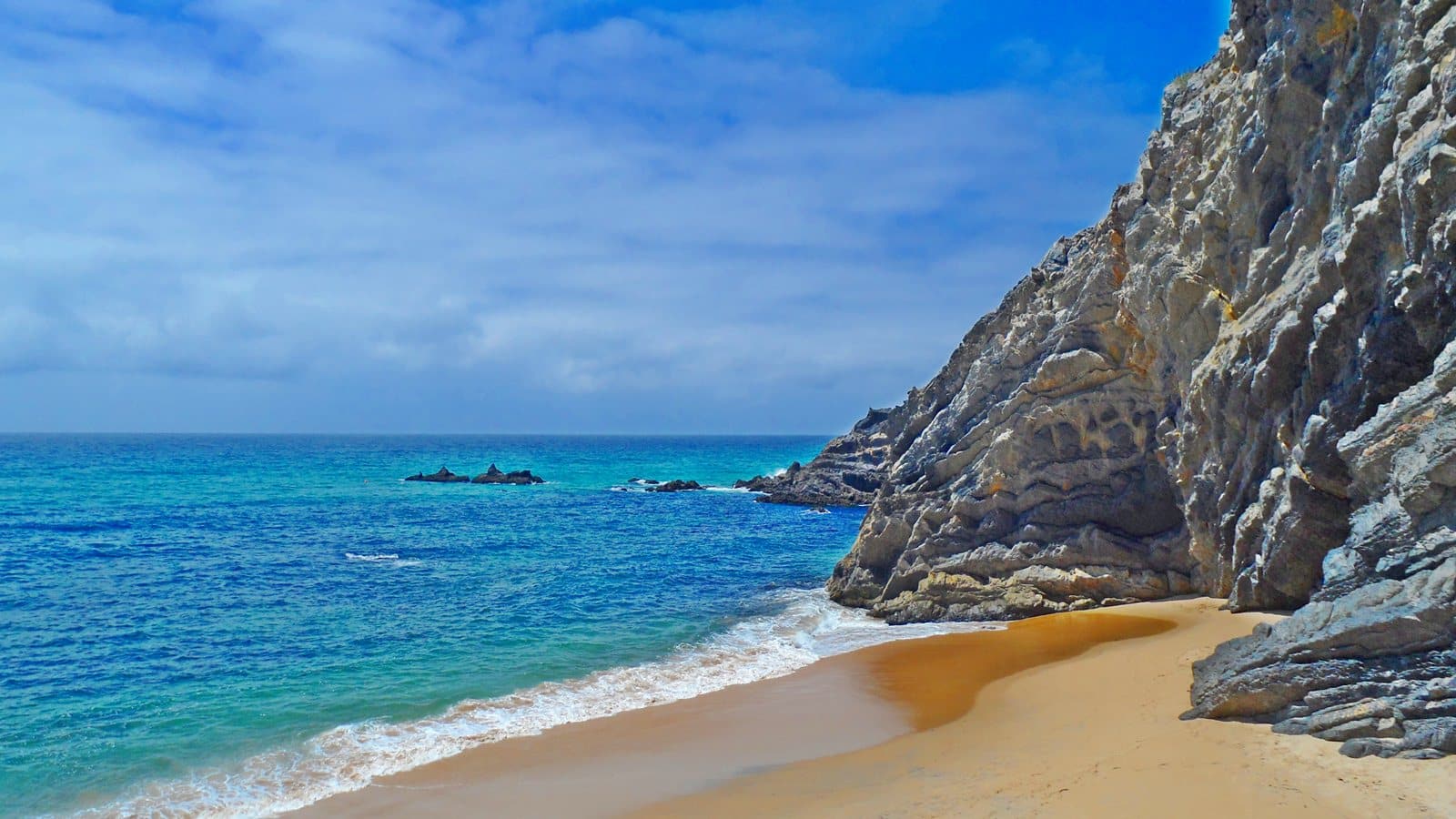 About an hour and a half away from Lisbon you will come across Sintra, a magical city full of ancient castles, forests and seaside cliffs.  At the base of these cliffs, there are several hidden coves, including Praia da Adraga.  The stunning beach is shaped like an elephant’s trunk, with the rocks protruding into the ocean.  Praia da Adraga is quite popular amongst suffers, yet nonetheless remains crowd-free through the summer months.  From here you’ll also find a 5km-walking trail that leads to Cabo da Roca, the westernmost tip of Europe. 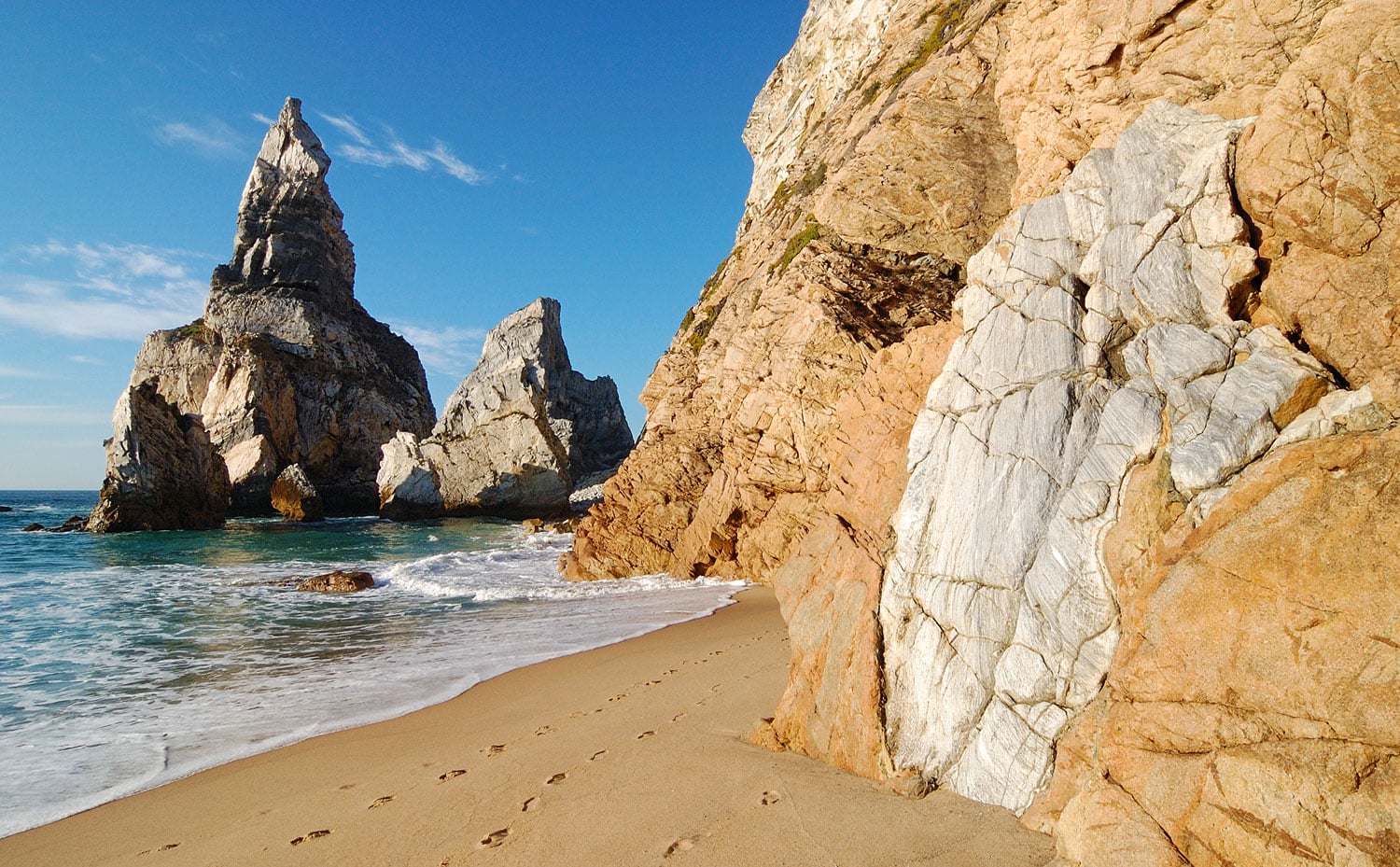 Just south of Cabo di Roca, Praia da Ursa is one of the most beautiful beaches in the area. The name of the beach stems from “Rocha da Ursa,” which translates to bear rock. Rocha da Ursa is one of the two giant rocks on the northern end of the beach, which takes the shape of a bear.  It is slightly difficult to find, but the trek down the rocky path is worth it when you arrive at this stunning unspoilt spot. 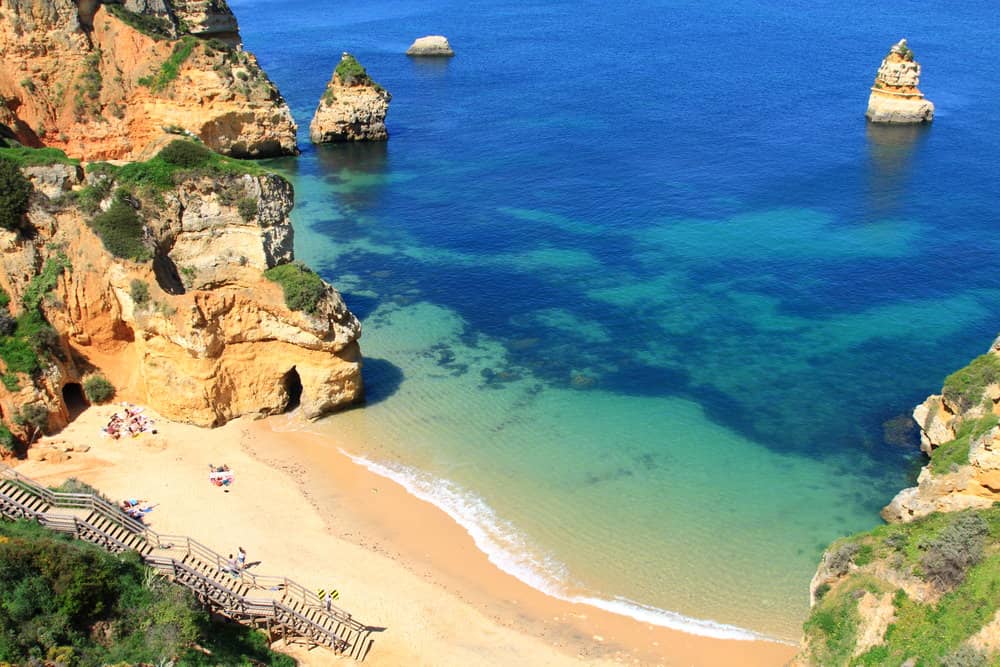 Located in Lagos, Praia Dona Ana is one of the most picturesque beaches in the famous Algrave region. It was even named the “best beach in the world” by Conde Nast Traveler!  The turquoise water, white sand, and surrounding sandstone cliffs attract hundreds of travelers year round. The beach also boasts many facilities including a restaurant, and cliff-side café.  You can access the beach via a long wooden staircase, or arrive by boat from Lagos for a view of all the impressive rock formations. 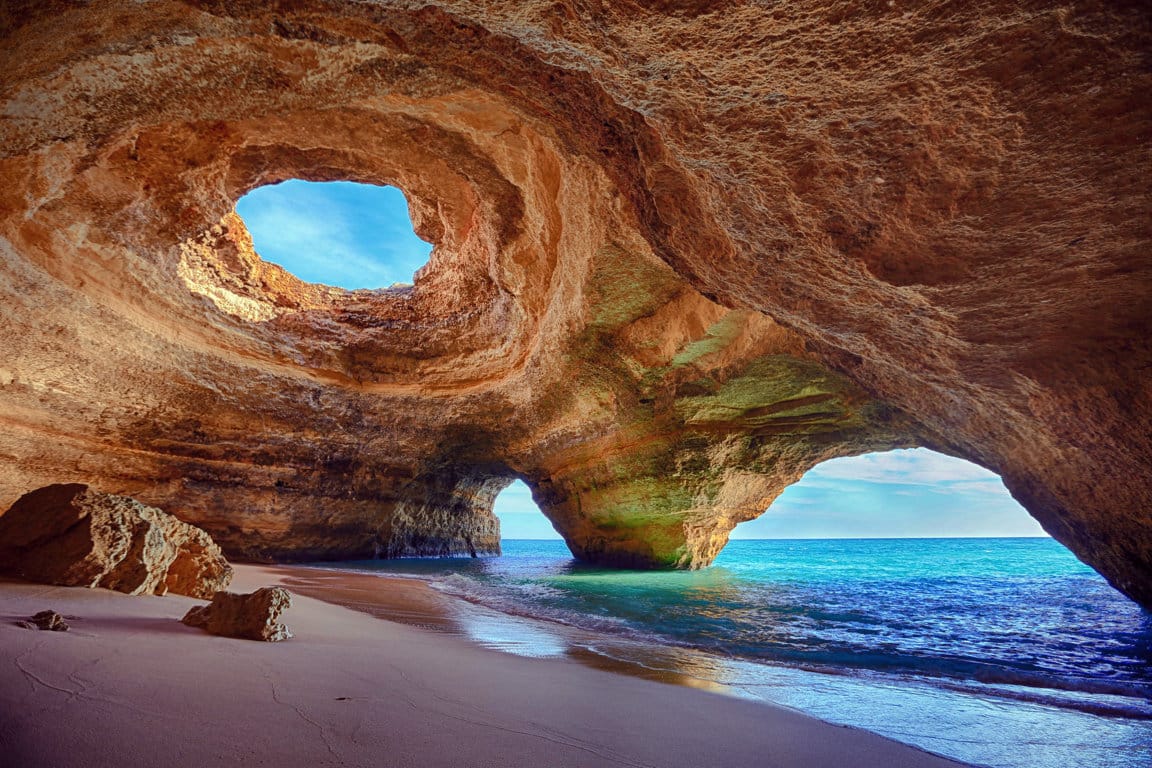 Praia de Benagil is located near the small fishing village of Benagil, and is known for it’s cave, Algar de Benagil. The Algar de Benagil is considered to be one of the best attractions in the Algarve!  The cave is located to the left of the beach, and can be reached by many means (via boat, swimming, or walking). The beach itself is relatively small compared to other nearby beaches, yet its soft sand and translucent sea water make it a favorite amongst locals and tourists alike. It can get quite crowded in the summer however, so it is recommended to arrive as early as possible to find that perfect sunbathing spot! 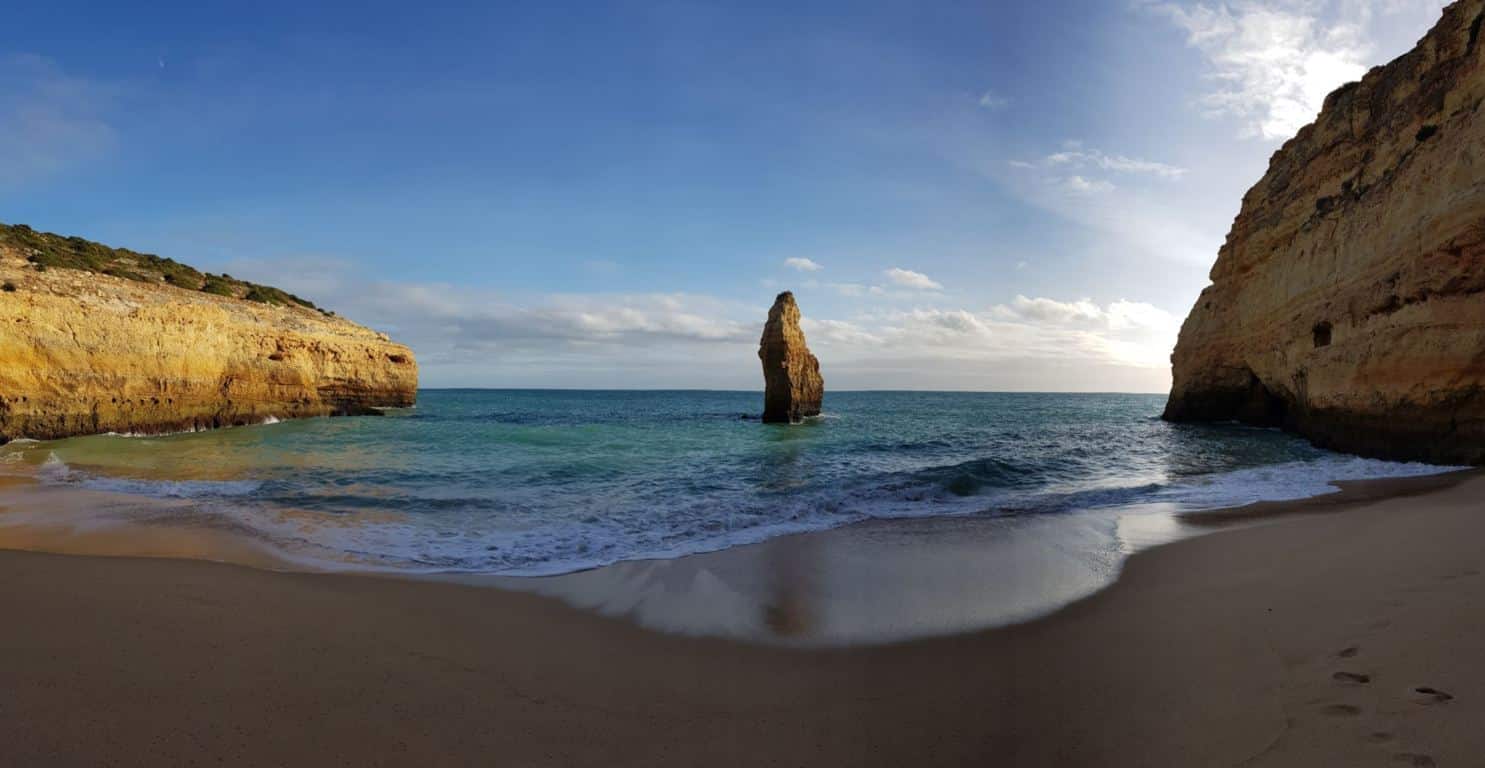 Praia da Carvalho is a hidden gem! This secluded beach near Lagos is famous for its crystal clear water, and surrounding cliffs. It is one of the best places in the area to go cliff jumping, and therefore, a favorite amongst the local teenagers! In addition to cliff jumping, you can also enjoy a picturesque walk along the cliffs, with stunning views of the sea and even a lighthouse along the way! A lack of hotels and resorts make this beach relatively quiet, even during the summer months! 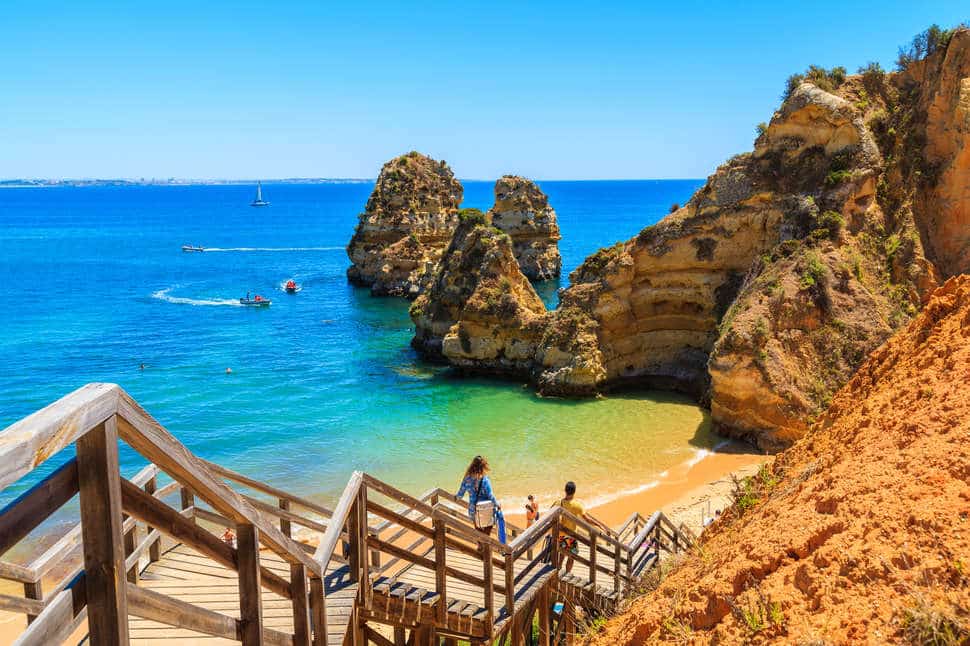 Next to Praia Dona Ana, Praia do Camilo is seen as one of the top beaches in Lagos, and well known amongst locals and tourists.  To access the secluded beach, you have to descend a long wooden staircase. It may seem intimidating, but it makes for an incredible picture at the top!  Praia do Camilo is made of two smalls beaches, connected via a tunnel, which has also become a main attraction in the area.  Similar to many other beaches in Portugal, Praia do Camilo is also surrounded by golden cliffs.  Climb to the top for a breathtaking view of Lagos and the coast!

If you’d like to visit Portugal, pack your bags, study up on the amazing country and join us on one of our fully planned adventures! From the gorgeous cities and breathtaking coastlines to amazing history, culture and delicious cuisine, we love Portugal and we want you to as well! So come explore Portugal this year, and experience all it has to offer! Before you go make sure to check out our Porto  and Lisbon bucket lists! Also feel free to check here to search for cheap flights, hotels and rental car deals and start exploring on your own or with your friends!