10 Things to Do in Toledo: The City of Three Cultures 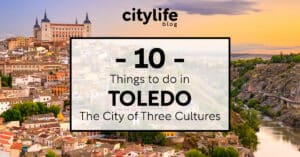 Toledo is the true ambassador of medieval globalisation. It was a city which housed otherwise three conflicting religions: Christianity, Islam, Judaism. The mixture of those created something unique, a place where the harmony is found in differences. This was just one of the many reasons why Toledo became part of the UNESCO World Heritage in 1986, as one of many Spanish cities to hold this title. This city located between half-an-hour to an hour away from Madrid (depending on your mode of transport) is nowadays a popular day escape. 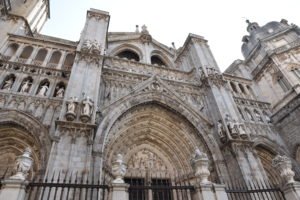 In 1226, the Toledo Cathedral started to be built in high Gothic style. It is standing on the place of former Visigothic Church which had been used as a Mosque during the Arabic times. It was a signature move to build this cathedral showing the dominance of Christian religion which has retaken the power from the Muslims towards the end of the 11th century.

Visiting the Toledo Cathedral is an unforgettable experience. If you want to do a complete tour, it’s 12,50 euros and visiting “museums” is 10 euros. 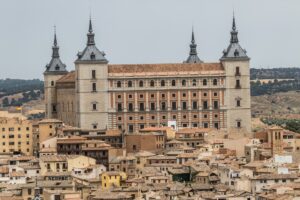 The Alcazar of Toledo has been built on the former site of a Roman Palace. It stands at the highest point of the city, overlooking everything going on around. It was used as a royal palace and as a prison. The last destruction and following reconstruction of the palace took place in the 20th century after the Siege of Alcazar during the infamously known Spanish Civil War.

Nowadays, the Alcazar houses an Army Museum. The entrance is 5 euros and if you are a student only 2,50 euros! 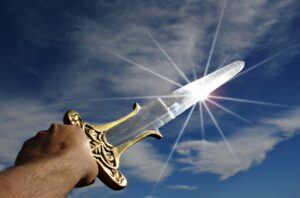 There is something unique in the souvenir shops in Toledo. While there are many with useless and fake objects, some have real gems. If you have an enthusiast for old weaponry, you could get a sword. Swords have a long tradition of handmade perfection in Toledo. The ceramics of Toledo also has a good name in the world and there is a reason for it: the detailed designs would impress any art lover. Lastly, beautiful jewelry with elements coming from all three cultures can be found no where but in Toledo. 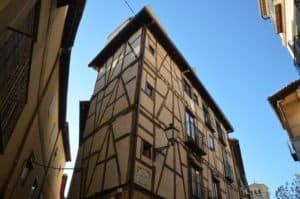 The Jewish Quarter in Toledo has a lot more to offer than the small, romantic streets of the Medieval time. Some of the musts are definitely the beautiful synagogues. Synagogue of Santa Maria de la Blanca stands out as a beautiful symbol of culture mix in Toledo. At the time of its construction in the late 12th century, Toledo was part of Christian territory. This Synagogue was built for the Jewish citizens by the Islamic ones. 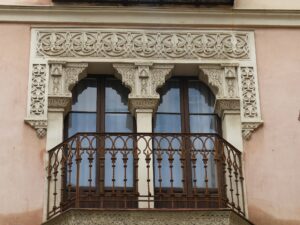 Islamic architecture can be felt throughout the city. Whether there are little elements of it scattered through the buildings or big monuments, they add a unique touch to the city. One of the most notable buildings is Cristo de la Luz. Initially an Islamic mosque built on the site of a Visigothic Church in 999, it now serves as a Christian chapel. Another monument worth taking a look at is the Iglesia de Santiago del Arrabal. It is an exotic Church showing off the most stunning Mudéjar architecture of Toledo.

Get Depressed in El Greco Museum 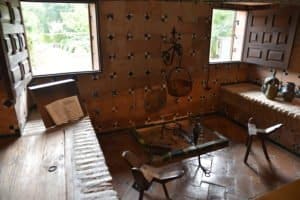 Get some chills go down your spine with the beautiful, yet depressing paintings from El Greco. This museum is located in the Jewish Quarter but deserves extra attention. It walks you through the life of genius and his paintings. What is more, it offers a lovely escape during the warm summer days for a garden is joining two buildings where the exhibition takes place. The garden is also a nice transition between understanding his life and exploring the way people lived at the time for it offers a sneak-peak into the house from the 17th century. 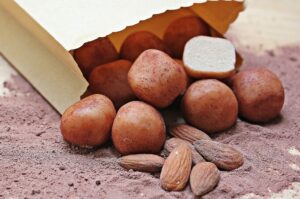 Toledo’s gastronomy, just like the whole city, carries influences of all three cultures. It includes a lot of meat, beans, rice, but also sweet dishes. The most popular one is mazapán de Toledo or simply marzipan. Marzipan is a paste of almonds, sugar or honey, used to create pretty figures of animals, people, flowers, etc. In Toledo, it was traditionally made by nuns in Convent of San Clemente. As they are still producing marzipan today, it is a great opportunity to try the real thing.

Fly Next to the Bridge of San Martín 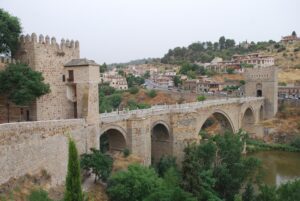 The medieval Bridge of San Martín, built in the 14th century over the river Tajo, is not only a place where romance happens and photographers have their heaven, but also the site of excitement. You can zipline over the river while admiring the city!

Fly Toledo organizes this refreshing experience for only 10 euros per person and 3 euros for a cool photograph. Make sure not to leave Toledo without this experience.

Stretch your Legs on an easy Hike 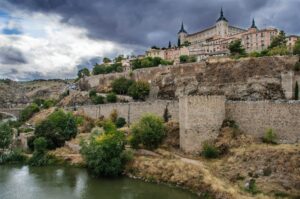 Following the pathway of Tajo river, goes a pleasant route for all the hike-lovers. You get to view the city from the bottom but you can also admire the adjoining hills. What is more, because of the surrounding nature, one gets an impression of being transferred to an exotic place. Especially during the summertime, this is one of the most favourite pastime activity of the locals due to the shade the trail provides. 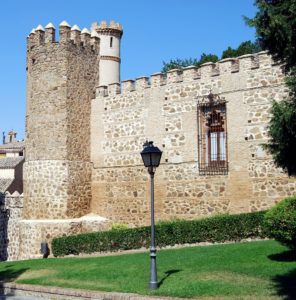 Few steps down the road from the Bridge of San Martín, you will start seeing the walls. They were first built by the Romans and adjusted throughout the centuries to fit the needs of all cultures. Once again, this constant reconstruction created a wonderfully special walls protecting the city up until today.

Indeed, Toledo is a special place. It’s only disadvantage is the number of visitors which at the same time proves its popularity. It is a reminder of successful and also unsuccessful coexistence of diverse cultures.

Sounds unreal? Spend the day with us exploring this amazing city every semester on our trip to Toledo! We’re travelling every weekend to amazing new locations so make sure you keep up with our travel calendar!