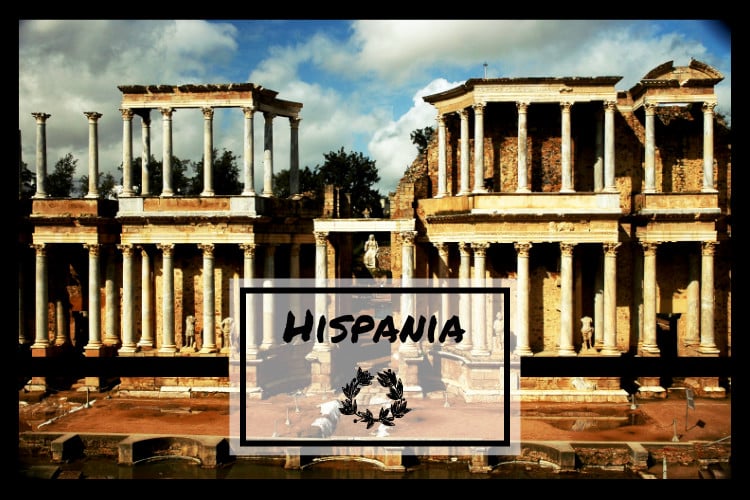 The Roman Empire reigned supreme for nearly 2 millennia. They conquered lands in Europe, Africa, Asia and Britannia and were the richest, strongest force the western world had ever seen. They created new countries, shaped existing ones and even played a part in the rapid rising of the Christian religion. One of those nations which was shaped by the Romans, was Spain. In 280BC, the Romans invaded the Iberian Peninsula and after nearly 200 years of fighting the local tribes, the land was theirs. They called it Hispania, built a Roman road, a trade route and it became a thriving Roman state for over 500 years! Even though Spain has been conquered by two other major empires (Moorish & Catholic), the Roman fingerprint still lingers in the country today. Below we have made a list of some cities around Spain where you can still visit and feel the Roman influence that was left behind! Also check out our trips agenda and feel free to join us on one of our many trips around Spain!

A Coruña is a very old city located in the north-east of Spain, in Galacia. The city, (formally known as Brigantium) was established by the Romans in the early 2nd Century BC. Julius Caesar himself travelled to the city to establish a trade with England and France which helped the city grow into a valuable asset for the Roman Empire. The city thrived for about 2 hundred years until constant raids by the Normans (a group of Vikings who settled in France) forced it into decline. What’s left of Brigantium is the gorgeous UNESCO World Heritage Site, The Tower of Hercules – a lighthouse that has been in constant operation since it was built in the 2nd Century!

In what is now known as Extremadura, The Roman city of Emerita Augusta, was established in 25 BC as a base for discharged soldiers of the Emperor Agustus’ army. It was an important stop along the Vía de la Plata (Silver Way) which protected Rome’s most important trade routes. It quickly became the capital of the Lusitania province, and one of the most valuable cities in the entire Roman Empire. The city is now known as Mérida and visitors can find many traces of this ancient city – several Roman bridges, the forum, remains of the circus maximus, the Temple of Diana, aqueducts and a very intact amphitheatre! All of which are protected under the UNESCO World Heritage name.

The only perfectly intact Roman wall in the entire world, is located right here in Spain, in Lugo to be exact! Naturally, UNESCO declared this wall an official World Heritage Site and honoured them with the title of “the finest example of late Roman fortifications in western Europe.” The city was conquered by a Roman, named Paulus Fabius Maximus and given the name Lucus August in 13 BC. It started as a military camp along the gold and silver trade routes and as it grew it became the strongest city in entire Gallaecia (Galicia). Aside from the wall, visitors can check out the Roman bridge and the Interactive Museum of the History of Lugo to see more of what the Roman’s left behind!

Legend says that Barcelona was either founded by Hercules himself or the Carthaginian general Hamilcar Barca, who named the city after his family. In the end, neither legend may be true, but their existence shows that Barcelona has been around for a very long time. As with most Roman settlements in Spain, Barcelona was originally set-up as a military camp called, Colonia Julia Augusta Faventia Paterna Barcino. in 15 BC Barcino was significantly smaller than its neighbour, Tarraco (Tarragona) but was a strong an independent colony until it fell to the Arabs in the 8th Century AD. Most of the Roman ruins are gone, or incorporated into Barcelona’s medieval buildings. However, the remains of the Temple of Augutus can be spotted in Barri Gòtic at the MUHBA heritage site!

Tarragona is probably the most famous Spanish city with remnants of its former Roman glory. That’s probably because it’s the oldest Roman settlement in Iberia and the entire settlement is protected under UNESCO. If you’ve ever looked up the city, you’ve mostly certainly seen its dramatically beautiful amphitheatre overlooking the ocean. But in addition to this world renowned site, visitors will find Roman walls, remains of The Necropolis, Augutus’ palace and so much more! The Romans called it Tarraco, and it was the capital of the region of the same name. Emperor Augustus Caesar wintered in Tarragona during his campaign against the Carthaginians and it acted as Rome’s military base during the Punic Wars, which is why the city was so fortified and wealthy.

Another impressive, record breaking Roman accomplishment can be found in Segovia, Spain. Here, visitors can find the largest and best preserved Roman Aqueduct in the Europe. This site is one of Spain’s most prized possessions and can be found on the official UNESCO World Heritage Site list. Not much is known about the small Roman settlement that was built on top of a steep hill in the plains of Castilla between the Eresma and Clamores rivers. The only memory the Romans left behind are the gorgeous aqueduct and statue of Remus and Romulus suckling from the mother-wolf.