Hidden Treasures – Museums & Galleries in Madrid off the Beaten Track!

Museums are the quickest way to absorb a cities culture and history. They are a great way to surround yourself with the pieces of the past that you’ve always read about. It also is an opportunity to discover new things you never knew about. Madrid is home to some of the best museums in Europe, we’ve all heard of the Prado, the Thyssen and the Reina Sofia, but Madrid has many more hidden treasures for you to discover. Check out our great list of must see, unknown museums in Madrid!

Would you like to discover more exhibitions, galleries & museums in Madrid? Check out our incredible articles on the Paseo del Prado, Madrid’s Beautiful Palaces and especially our individual profiles on each of Madrid’s Famous Museums!

This museum is dedicated to displaying a large collection of artifacts and art pieces from the 19th century Romanticism period. The pieces depict the period’s dedication to emotions and love, as well as themes like liberty and imagination. The museum’s permanent collection is made up of paintings, furniture pieces, drawings, and art objects that show the daily life of Spaniards during the Romanticism period. In the museums multiple rooms, you can see paintings by Goya on the walls, as well as objects like a full billiards table and an ornately carved writing desk!

Known as the best house museum in Madrid, the Cerralbo house has one of the most impressive personal art and literature collections in Europe. Visitors get an inside look at life in Spanish high society during the 19th century, as they tour the home of the famous Marquis of Cerralbo. The house is almost completely identical to its original interitor set-up and most items inside the house original pieces.

This unknown museum started off as a special Historic Costume Exhibition in 1925. Eventually the event became so popular that the city decided to make it permanent. Now, fashion lovers everywhere can enjoy over 160,000 pieces of history at the Museum of Fashion (aslo refered to as Museum of Costumes). The museum also offers regular temporary exhibits for both historical and modern fashion and photography, as well as many courses and conferences.

I’ve said it before and I’ll say it again, the Temple of Debod is one of my faviourite spots here in Madrid. A little peice of Egypt sits in the city centre and it’s a great location to sit back and relax. The stucture was originally built in Egypt along the Nile as a temple to the gods Amun and Isis. The temple was rebuilt in Madrid as a symbol of unity between Spain and Egypt. The musuem inside the building is not very big, but it is very authentic. The exhibition features the story of the temples resconstruction as well as many ancient relics and original wall art.

Another hidden treasure is this unconventional museum that houses over 12,000 pieces of art ranging from prehistoric coins and jewelry to some of Goya’s most famous drawings and prints. Museo Lazaro Galdiano‘s vast collection was once owned by Spanish socialite Jose Lazaro Galdiano. The collection was converted into a public museum after his death. During his life, Lazaro Galdiano was also the editor of a literary magazine named La España Moderna and today the museum also holds over 20,000 books from his personal library and archives!

This historic metro station was transformed into a historical museum experience in 2008, and aims to display the reality of the Madrid metro in the early 1920s. The station is a perfect example of the changing metropolitan landscape of Madrid at that time. It was designed by famous architect Antonio Palacios in 1919, and was actually closed for public use in 1962 but today it offers a glimpse into the past. The engine shed has been restored to look almost exactly like it did in the 1920s.

Where: Metro line 1, in between the stations Iglesia and Bilbao

The Arab House in Madrid is less of a museum and more of an experience. The facility focuses on Arab art, culture and history and has much to offer it’s visitors. The exhibits change regularly and vary between gastronomy, art shows, historic displays and cinematic viewings. Visitors can also attend many educational lectures, conferences and even language classes. Casa Árabe also has a beautiful terrace restaurant/bar where you can enjoy the sun while listening to traditional music.

The Museum of the History of Madrid is a staple in Madrid culture and history. With special exhibits from prehistoric eras, to Madrid’s golden age when it became the capital. The museum contains many items that illustrate life in Madrid over the centuries. This is a public building and is free for anyone, anytime!

Another one of Madrid’s social and cultural centres. Its made up of several galleries, very interesting exhibits, workshops for painting, crafts and  special workshops for children. All of these factors come together from the most avant-garde artistic expressions. Don’t miss the building’s terrace in the garden of La Casa Encendida, a small pocket of nature that will make you forget you are in the middle of the city! The best park of this hidden treasure is that it’s free!

The National Library of Spain is no ordinary library. It is not only the largest library in Spain, but it is one of the largest libraries in the world! In 1712 the King granted a Royal Letters Patent that made it mandatory for all printers to send a copy of all new books printed in Spain to the library. This patent made it possible for the National Library to collect and preserve a massive amount of books over time! In addition to the patent, the Library helped preserve over 500,000 books that were confiscated from churches, palaces, and private residences during the Spanish Civil War in the 1930s.

If you love history, old things and artifacts from ancient civilizations, you need to check out the amazing National Archaeology Museum in Madrid! The museum is located in Castellana and features 4 floors of galleries which take you through the history of Spain, Europe and other parts of the world. From pre-history to the ancient world and medieval to Renaissance time periods. And it doesn’t stop there. The museum also hosts classic historical theatre, informative lectures on archaeology and ancient civilizations, private evening tours and special monthly exhibitions!

During the final years of the nineteenth century, Joaquín Sorolla Bastida was busy painting the picturesque landscapes and impressive portraits of his native Spain and its peoples. Today this hidden treasure is still known for his remarkable use of light to illuminate the landscapes he painted. His home, Museo Sorolla has a large Andalusian garden, similar in style to the sprawling gardens of the Alcazar of Sevilla and the Alhambra in Granada. It also contains a “patio andaluz”, an open-air patio in the center of the building!

This unique and unusual museum offers an interactive and engaging way to explore the cultural history of the distinct countries south of the Sahara desert. This hidden treasure displays a collection of objects, costumes, and art pieces that depict the practices of everyday life in various African countries. It also displays more specific historical artifacts meant for religious or spiritual ceremonies. If you are interested in learning about the rich culture and history of sub-Saharan Africa, head to the Museo African Mundo Negro for a fascinating and educational experience!

The Congreso de los Diputados is the lower cabinet of the general courts of Spain, and is located in the Palacio de los Cortes (The Palace of the Courts). Inside, the Spanish congress holds all of its proceedings and meetings. There is also a large library and conference hall, sometimes called the hall of the lost steps! The building also has a magnificent collection of tapestries and paintings.

the Museo de San Isidro offers a look into the rich history of Madrid through archaeological pieces, models and prints. The collection covers all periods in the history of Madrid and its surroundings areas from prehistory up until present day! This unknown museum gets its name from none other than the patron saint of Madrid, San Isidro. The building has been called many things over the years, but most call it the Casa de San Isidro, because it is believed the saint lived and died there! The building has an open plaza and a beautiful chapel that has been preserved perfectly.

Although it is the official residence of the royal family of Spain, they do not actually live there permanently and it is only used for state ceremonies. However, the Palacio Real is truly a site of wealth and beauty. It has 3,418 rooms although only a few of the larger rooms are open to the public. The rooms are decorated with paintings by famous artists like Caravaggio, Velasquez, and Goya and the palace also holds one of the largest collections of historic armour!

This beautiful unknown museum is actually the house of yet another famous Spaniard, Golden Age writer Lope de Vega. He lived in this beautiful 16th century house for 25 years until his death and wrote many of his greatest plays and poems during his stay there. The Casa Museo Lope de Vega offers a glimpse into the life of the author. On display are many relics and manuscripts from the Golden Age of Spanish literature. The collection includes a large number of 17th century books on loan from the National Library and many of Lope de Vega’s personal books and objects.

This hidden treasure is no ordinary museum. At least, not by the typical standards of historical museums. Goya’s Patheon is a temple or worship, a memorial burial ground and a mini art gallery! The historical Spanish painter was buried here in 1919 after he went missing in exile for several years. The unknown museum is shrouded in strange mysteries, mostly because of the strange incident where Goya’s head went missing…That’s right. Missing. Entrance to the museum is free, and throughout the halls of the pantheon visitors can marvel at some of Goya’s most impressive works. 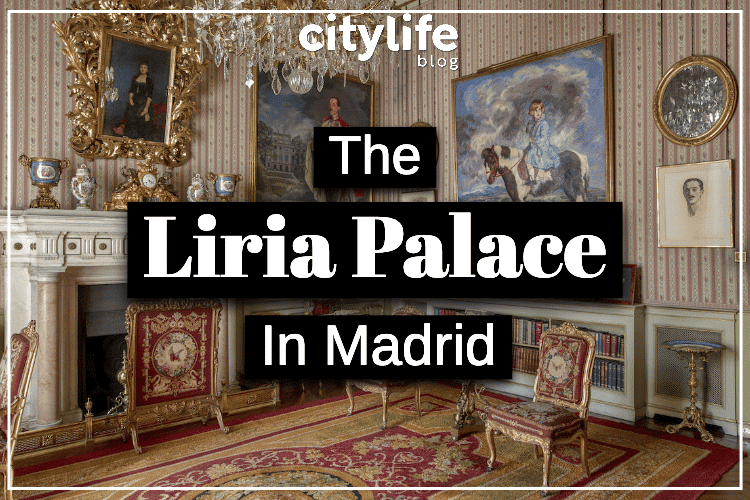 The Liria Palace In Madrid 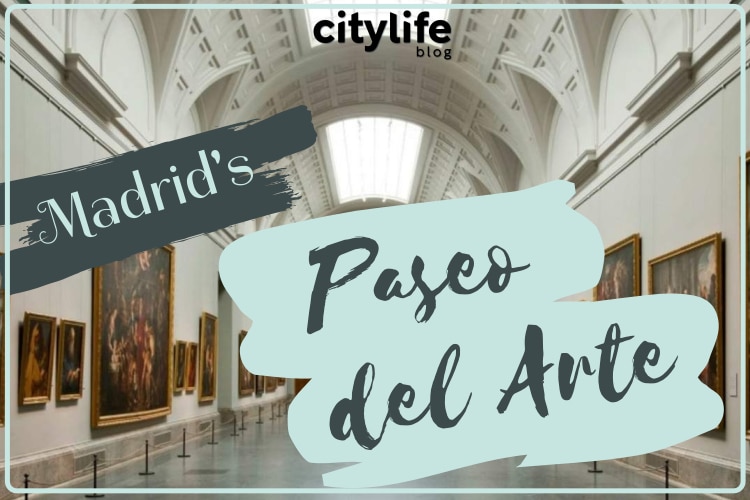 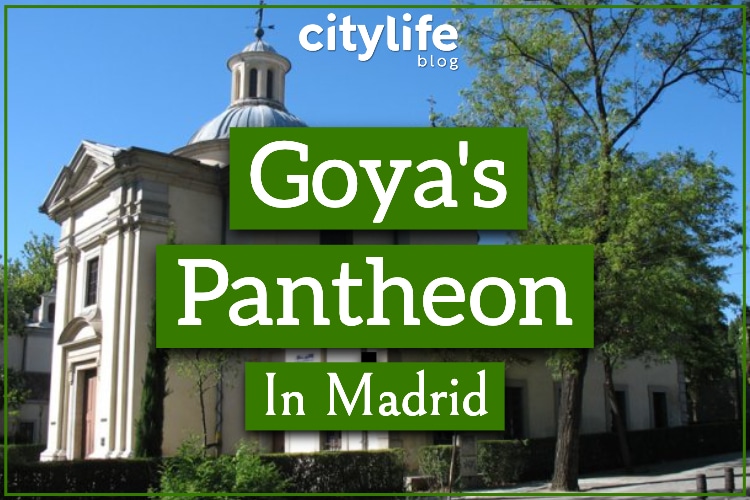 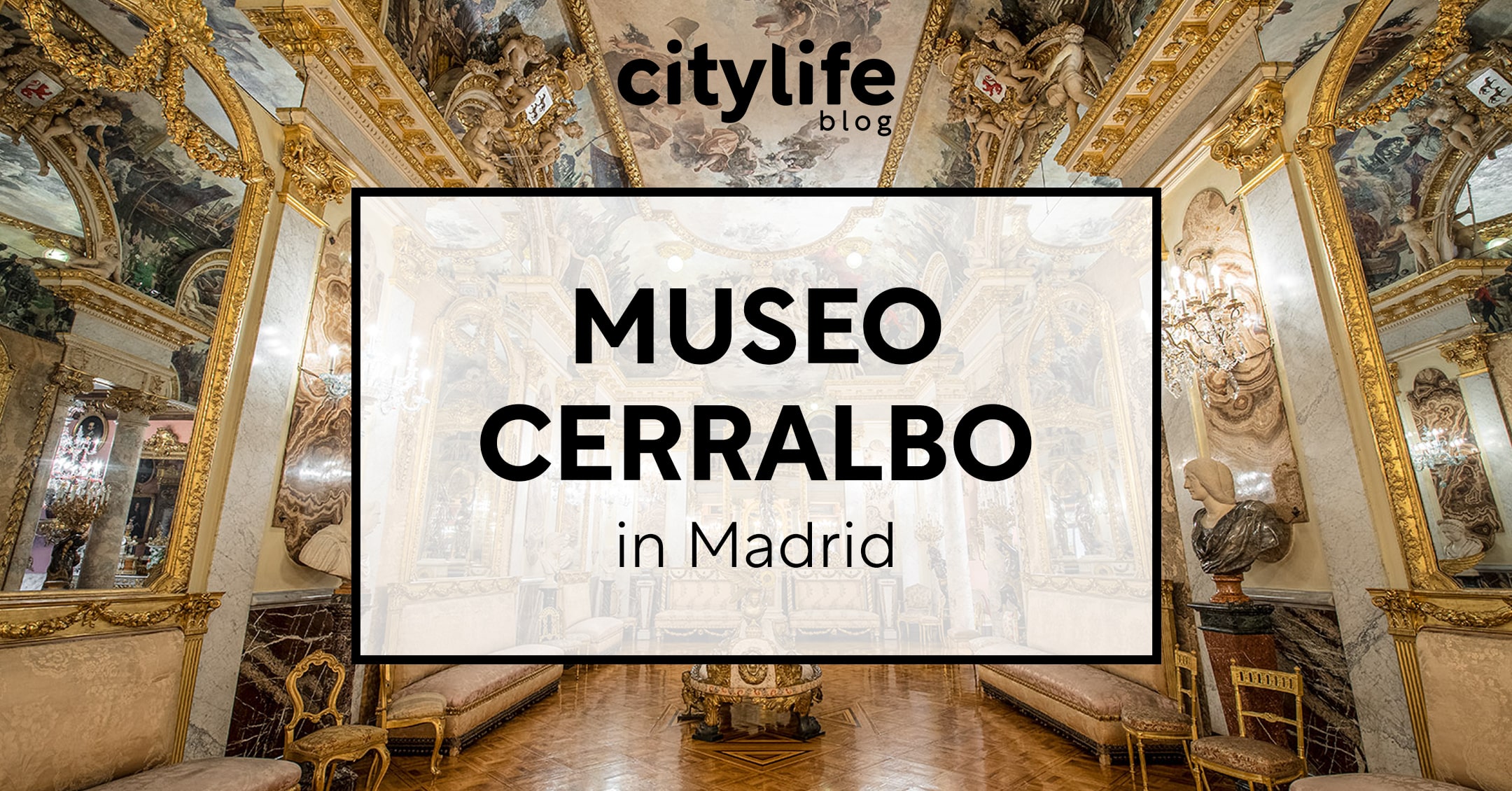 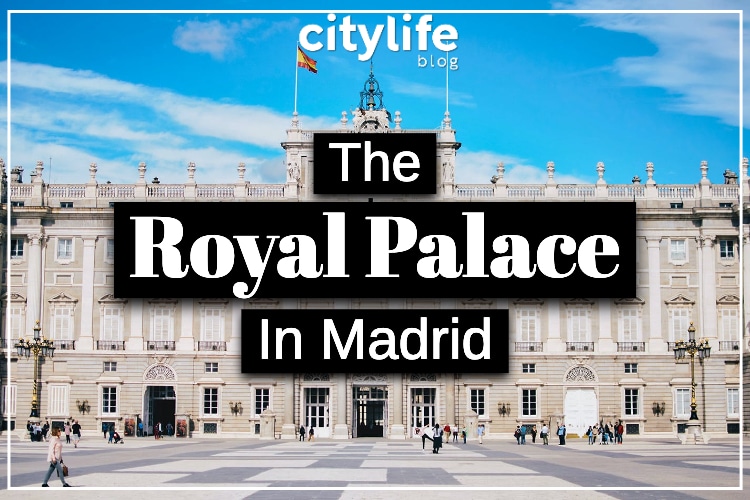 The Royal Palace of Madrid 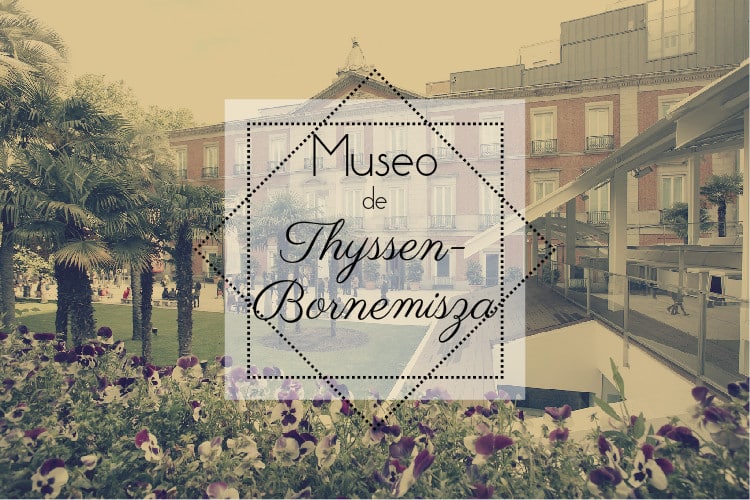 The Thyssen-Bornemisza Museum in Madrid 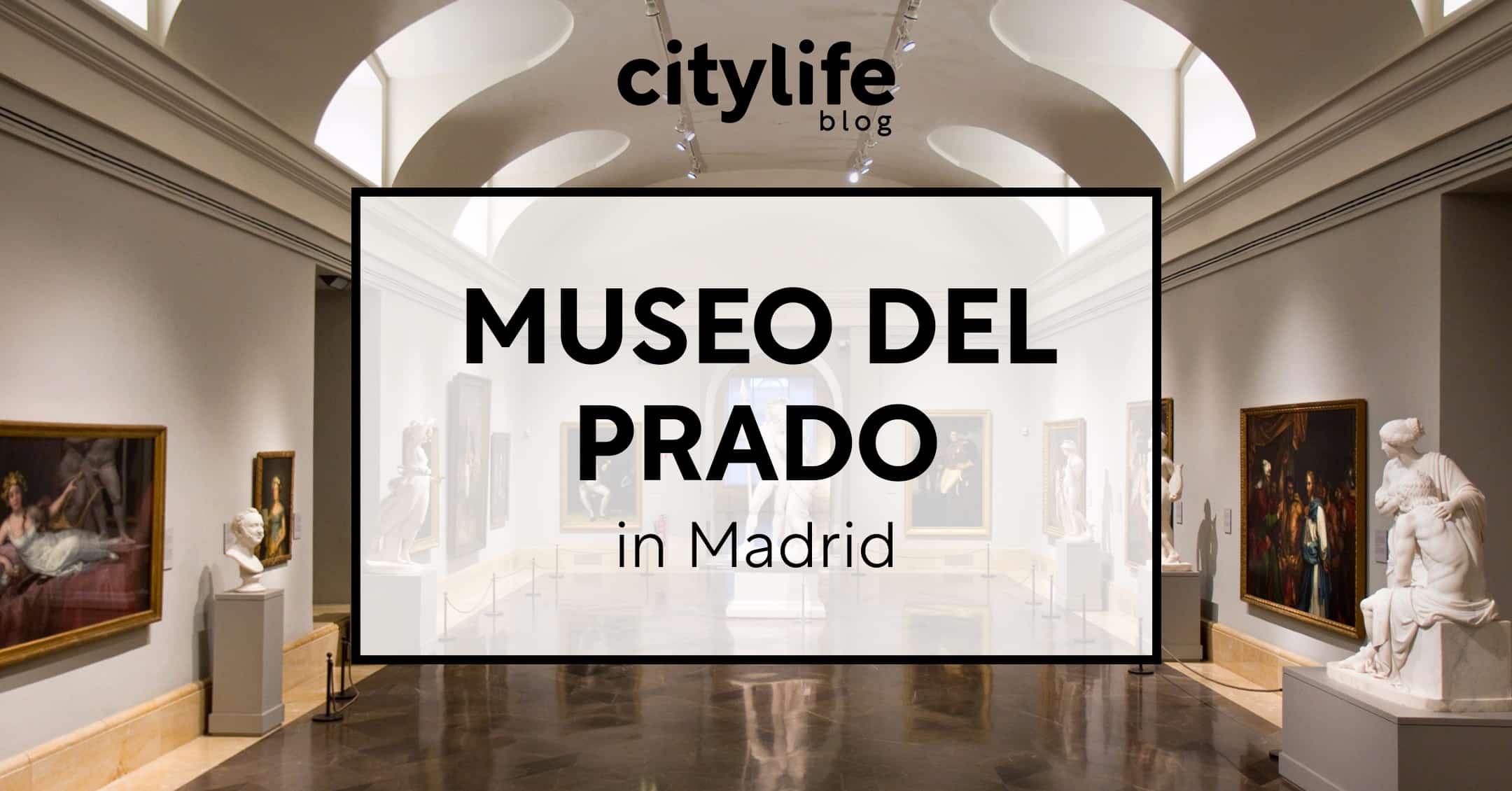 The Prado Museum in Madrid 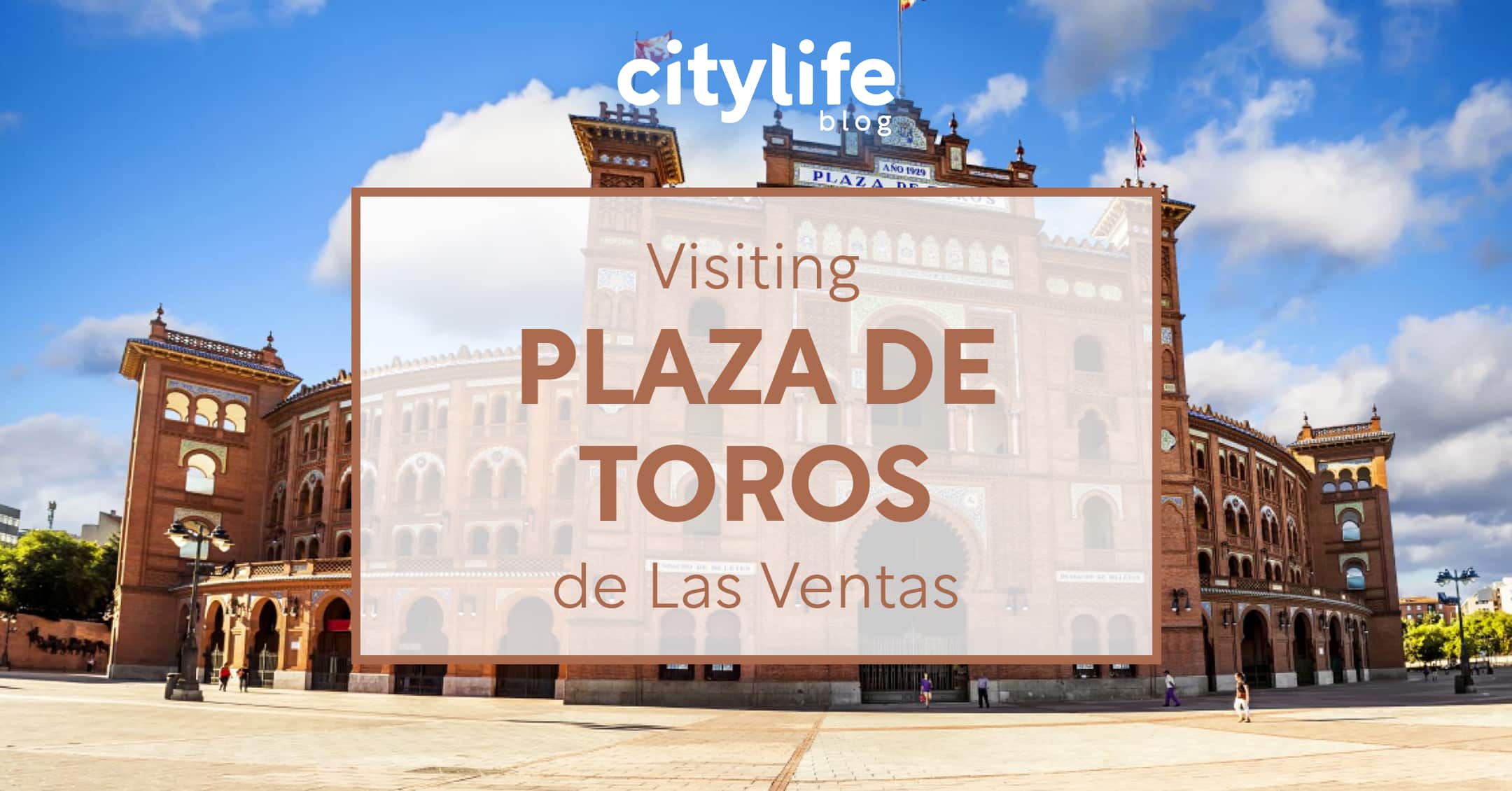